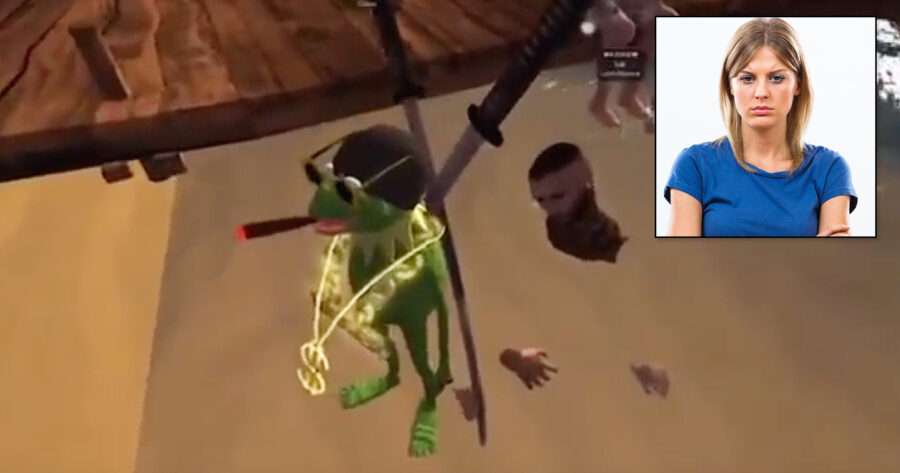 BEND, Ore. — Melissa Davis ended her legally recognized two-year marriage through the game Second Life after meeting her husband offline and realizing he was just a regular guy and not Kermit the Frog smoking a blunt.

“I just don’t understand,” said Davis, whose Second Life character is a humanoid woman with green hair and sparkly American flag face paint. She teaches American English to Korean students on the service, and says that she met her husband, Jake Forrester, at a rave party for multi-ethnic libertarian-leaning Twenty-One Pilots fans on a server in the game.

Davis said that she first fell in love with Forrester because of his sense of humor, his slew of jokes about ‘90s anime, and most importantly his in-game character. Forrester’s Second Life persona donned the appearance of Muppets icon Kermit the frog, with a lit and gently smoldering blunt in the corner of his mouth.

“When I was at the airport terminal, waiting for him to show up, I kept my ears open for that voice of Kermit intermingled with the occasional weed cough,” Davis said. “I knew he wouldn’t be able to light his blunt in the airport, but I at least expected him to have a cigar, y’know?”

Davis said that the man she eventually saw, calling her name, was not green or amphibious or perpetually smoking weed. Instead, he was a pudgy, flesh-colored man wearing a baggy Space Jam t-shirt.

“I guess you just love someone so much for who you think they are,” said Davis, tears streaking down the American flag makeup on her face.

“I just hope my new boyfriend Jeff, who is John Elway except he has a horse for a head and purple nipple tassles, isn’t another imposter too.” she said while sadly walking away and leaving glittery red, white and blue tears on the airport concourse floor.