Will Wright Found Dead in Swimming Pool With No Ladder 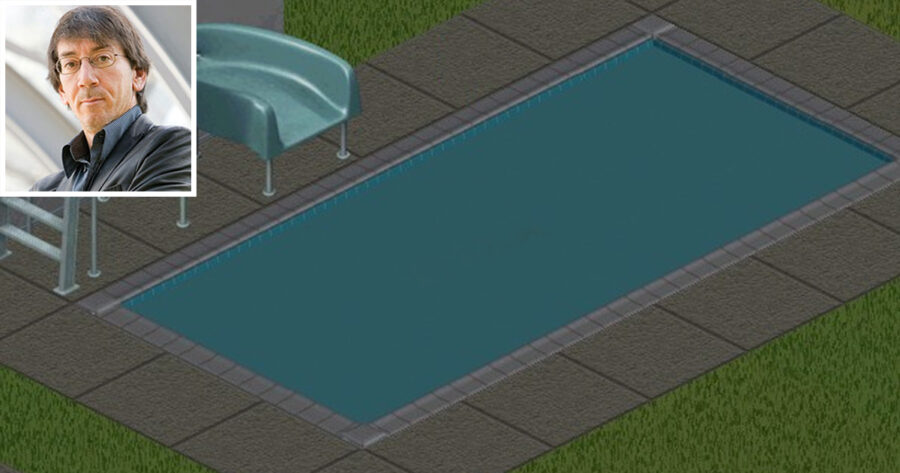 OAKLAND, Calif. — Maxis co-founder and creator of The Sims computer game series Will Wright was found dead in a pool at his Elm Street residence, according to close sources.

“One minute I look out the window and see Will swimming around, then I hear him shouting some nonsense. When I look out again, he’s gone,” local resident Don Treadwell explained to police. According to law enforcement, the only evidence at the scene was a tombstone as well as the eventual arrival of the Grim Reaper. “The Grim Reaper confirmed Will was dead and then we all fucked for some reason.”

According to those close to him, Wright lived in an Oakland suburb where he held rowdy parties. Elm Street’s block captain, Bella Goth implied a connection between the parties and Wright’s death. “That house was a circus,” said Goth. “The fire department was here twice last week! Also, the drywall shack in his backyard with no doors or windows? I’d hate to know what goes on in there.”

“Yeah I’ve been to one, but it was kind of whack,” said Treadwill of Wright’s frequent parties. “One girl pissed herself and then fell asleep standing up. Everyone had been awake for days. Hell, Drew Carey even showed up but couldn’t find his way in and just stood in the bushes for a few hours. I haven’t been back.”

Police cannot confirm if excessive partying was a contributing factor in the death, they did however offer up a strong theory in a press briefing this morning. “Pool ladders have been vanishing for years now. Normally, a person would be able to lift themselves out of the water but Mr. Wright somehow lacked the upper body strength necessary to do so. This is, however, a recurring phenomenon in the area and we have not, at this time, ruled out the possibility of a serial killer.”

“A god-like trickster serial killer who finds a sick enjoyment from — seemingly from magic — manipulating the environment in order to torture and eventually kill his or her victims without ever being seen,” the police report went on to state.

A vigil formed outside of Wright’s home today with one attendee commenting, “Today is heartbreaking, but to be honest all this topiary is really boosting my mood!”