Weird Dead Guys Who Dig Near Walls in Limgrave Unionize 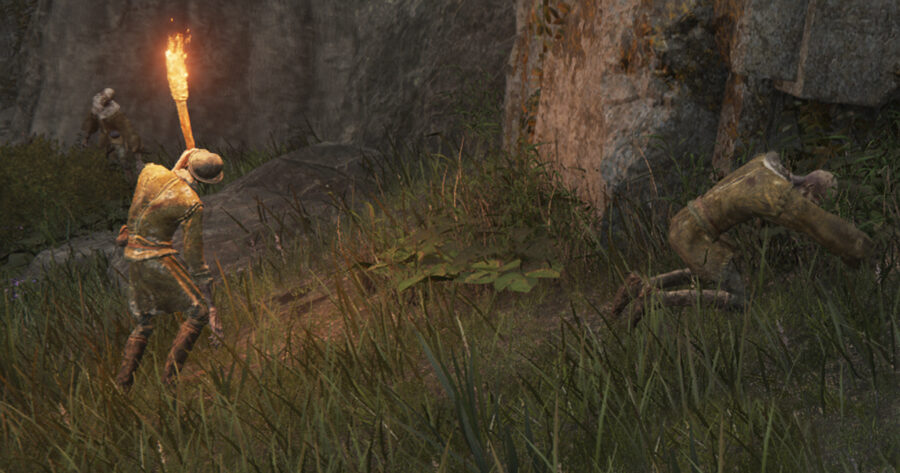 LIMGRAVE — A group of those weird seemingly dead guys in Limgrave who dig near walls all day have voted to unionize, forming the Limgrave Federation of Dead Guys, or LFDG.

“Look, we know it’s not supposed to be an easy job; we’re not asking for a handout. But digging near walls all day is getting to be incredibly dangerous and it’s time that we got ourselves a seat at the table and argued for better working conditions,” said one of the guys, his gray and deteriorating body limply flopping near the ground. “Why do our managers — the weird dead guys in a hat who hold a torch — get to watch over us constantly? We literally never time off. No time to go to the bathroom, no time for lunch breaks, no time to prepare ourselves against the tarnished guy who rides by on a horse every now and then and slices us all up. What do these torch guys think? That if they give us a second to ourselves, we’ll slack off and stop digging near the wall? Fuck off, man. I’m good at my job. You know I used to look like a normal alive human before this gig?”

Despite excitement amongst weird dead guys and labor activists, various citizens of the Lands Between have criticized the unionization effort.

“Ugh, unions are going to absolutely ruin this place. I’m so sick of people who think they can just cheat their way through life instead of just shutting up and working hard,” said a Stormveil knight, whose job is to stand behind one of those giant ballistas, waiting for anyone to walk into his line of sight so he can kill them from hundreds of feet away. “Did you know apparently there’s a bunch of tarnished going around using summons and even calling in other tarnished from other realms to fell great enemies? What a load of bullshit. Sorry, but life isn’t a co-op game. I don’t care if you’re abusing summons or teaming up with your co-workers so that you can force your boss to let you go to the bathroom — just because it’s in the game, doesn’t mean it’s not cheating.”

At press time, there were rumors that the CEO of the company that employees the weird dead guys in Limgrave who stare at walls had ordered a hit on some of the high-ranking union officers, but they came back to life after someone touched a grace.