Clunky But Serviceable: We Reviewed IGN 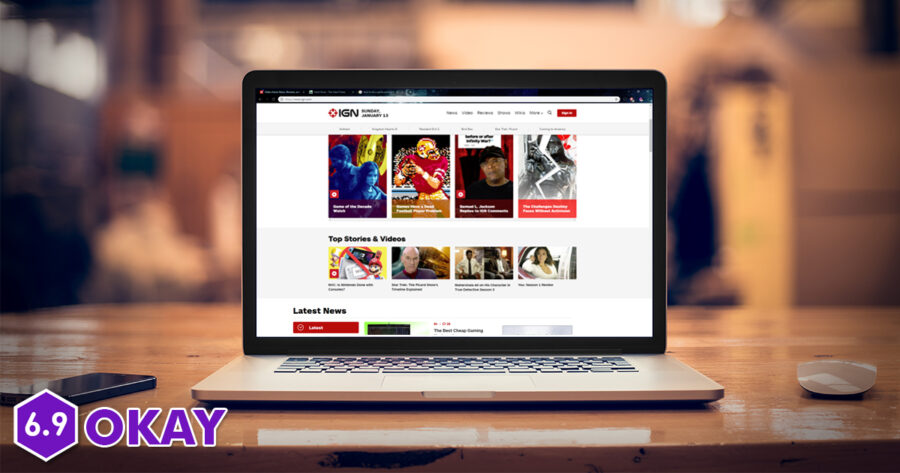 Since the mid 1990’s, IGN has been one of the web’s biggest destinations for gaming news, videos, and reviews. But is that a good thing? We at Hard Drive think it’s time someone turned the tables and review IGN itself. See how they like it.

For the most part, visiting ign.com is a simple, straightforward experience: there are reviews of games on the site, and even a few videos that might pique the interest of any joystick jockey. The site is technically impressive, with crisp graphics and instant load times. IGN was also backwards-compatible with every browser we opened it on. Despite these achievements, though, some design choices begin to mar the experience.

For instance, the site includes news and reviews of TV shows and movies even though these are not the purview of true gamers. Longtime fans of media conglomerates might enjoy the extra coverage, but most video game players will find the presence of other media confusing. While it’s impossible to look up the meaning of the letters I-G-N, many speculate that the “G” stands for “games,” and that TV reviews need to keep their distance.

And while the reviews are thorough and plentiful, the IGN scoring system also makes for a clunky experience. The games are rated on a decimal scale, and with 10.0 being a perfect score and 5.0 being the lowest score possible. Their decision to set things up this way is distracting until you get used to it.

The biggest problem with their scores, however, is that sometimes they give low scores to games we really like. Hopefully this is fixed in an upcoming patch.

All said, the site has an impressive catalog of content and the reviews are definitely there. For those looking for a no-frills review experience and are willing to look past some rough edges, IGN has a lot to offer, especially when you consider it doesn’t cost any money to use.