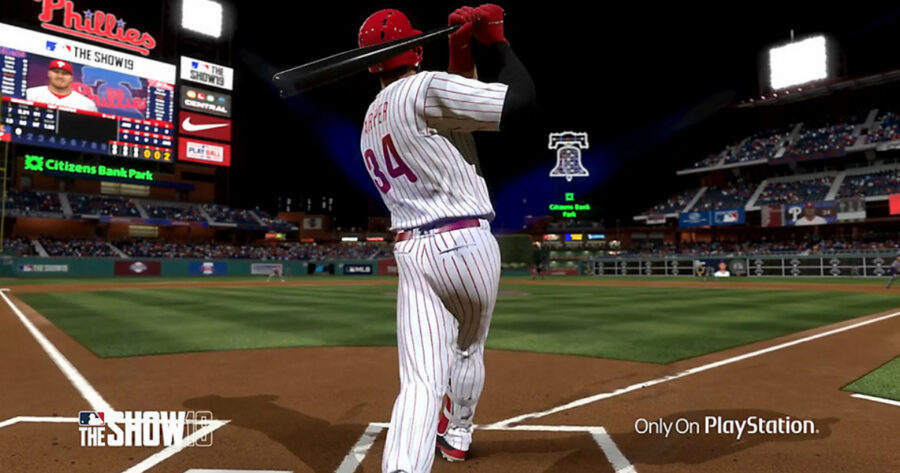 Sony Interactive Entertainment was kind enough to send our staff a copy of their upcoming game MLB The Show 19 for review, but we didn’t have the heart to tell them we don’t really play sports games. So I ended up taking on the task because I played a week of Little League before suffering a career-ending asthma attack.

I don’t really have a good basis for comparison, but the graphics are better than NHL 2004 — the last sports game I played because I was waiting for weed in a stranger’s dorm room. It turns out the gameplay for hockey and baseball are very different so I can’t say anything for the controls, although the players are similarly built.

I used the player creator mode to make a pitcher. The more I played, the higher the game made his ERA (which I assume is similar to Dungeons and Dragons character advancement), but I was still awful which made no sense to me. Sports would be a lot more interesting if the refs just rolled a D20 every time someone went to hit the ball.

The game difficulty spikes are also out of control. One minute, I’m controlling one player and then the next, it’s pandemonium on the field as I’m forced to use like nine people at once. I seriously thought I must have been playing on Nightmare mode! Then I found out I have to play nine rounds of this, which is ridiculously grindy. What is this, Warframe?!

I almost gave up on the game until I discovered Franchise Mode. It is one of the most detailed RPGs I’ve ever experienced. You are basically the Dungeon Master of the team where you can set up your batting line, mess with the budget, drafting, sponsorships, and even morale of the your squad! Finally a rewarding experience for players who want to min/max their baseball team. I had a blast playing as the game manager, which means you get all the wonderful micromanaging, tweaking, delegation, statistics, and math without all that fucking baseball getting in the way.

Overall, I would say this game is fine but its no Blitzball.