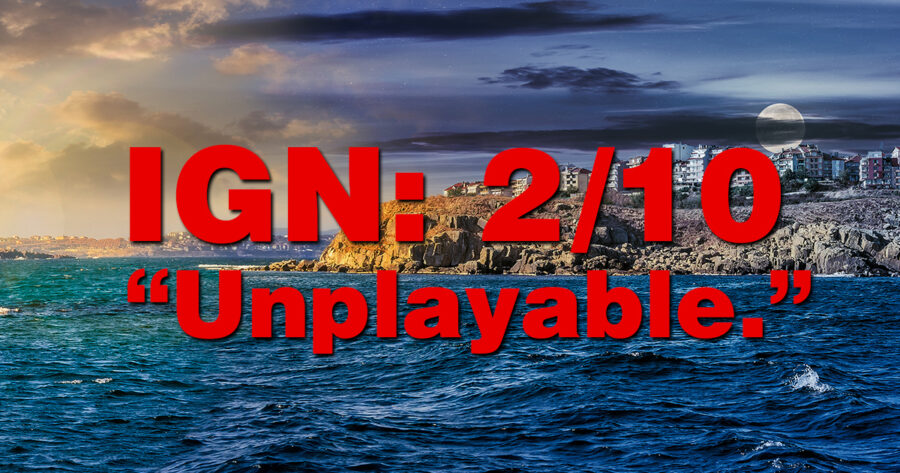 Review aggregate website Metacritic has the independent title ranked as one of the worst reviewed video games ever released. Its vivid, lifelike water appears to be the only component players are finding agreeable.

“Maneuvering Slappy the Badger through these poorly designed levels is less fun than a funeral,” reads one user review. “Every character’s face is just a blur of boring garbage and the generic textures made me want to throw up. But man, that water is beautiful. And everyone knows that’s the hardest part by far.”

In addition to complaints about the mechanics and looks, the game’s sound has drawn much criticism from the early reviews as well.  Critics are alleging that the game’s unconventional audio has led to everything from mild nausea to seizures in nearby pets and children. A spokesman for the game blamed a mismanagement of resources.

“Oh yeah, I wish we coulda ironed out some of the audio issues, no doubt about it,” said AF Games’ President Jim Stappler.  “We really poured our heart and souls into making sure our first game had the best looking water ever. We just lost steam after that. Making a video game is way harder than we thought it would be. All the programming and coding, it’s so boring. That water looks good though, right? That was the first thing we worked on.”

Most reviewers agree that the game’s esoteric plot somehow centers on both Slappy making it to his home planet of Badgerwood as well as mastering various water related activities, such as fly fishing, skipping stones, and competitive diving.

“Slappy doesn’t even look like a badger in the slightest,” read another review. “He looks more like a disfigured child with dog ears, which is almost forgivable when you reach the pond area in the first level. Absolutely mesmerizing. This game really isn’t so bad if you just stare at the water and don’t do anything else.”