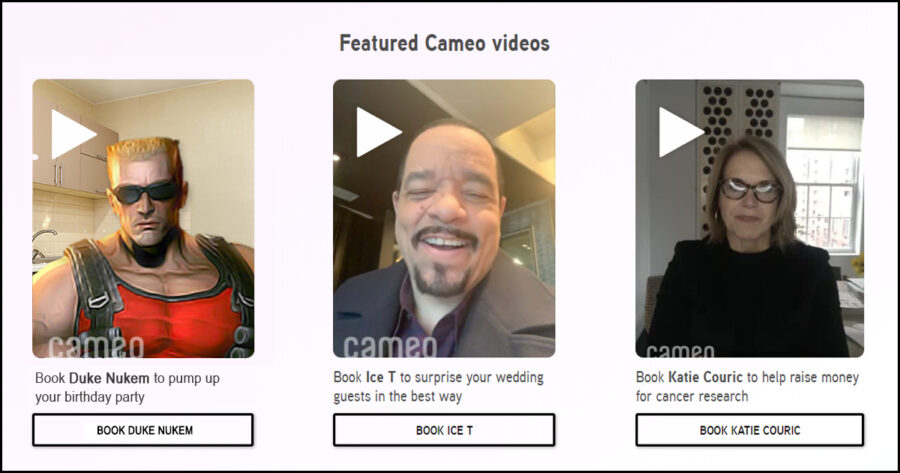 “Hey Katie,” began a recent message Nukem recorded upon a $20 paid request from a customer, “looks like it’s time for me go postal! Happy birthday from your big brother Isaac!”

Cameo has skyrocketed in popularity over the last several years, giving celebrities from all corners of the entertainment world an opportunity to generate revenue from their remaining fanbases.

“Oh hell yeah!” said Nukem, when asked if he was enjoying his experience with the website. “Ever since Forever came out and sucked total ass, it’s been a sucky damn time trying to pay my bills. Shit. Ass!”

Nukem was referencing 2011’s Duke Nukem Forever, a long awaited title that many felt might be a return to form for the iconic star that suffered from numerous delays. Upon release the game was met with poor reviews and lackluster sales, and Nukem has largely stayed out of the public eye since, save for a few late night infomercial appearances.

“It’s been a rough decade for Duke, there’s no doubt about that,” said Nukem’s longtime agent Theo Blackmore. “We thought Forever was really gonna change things for us, but all it changed was the amount of offers we received. Cameo has been a great way for Duke to make a little bit of money and take a few less Uber shifts.”

Although the platform has proven lucrative, Nukem still reported having some issues with it thus far.

“They took my off of the front page after I didn’t get all my messages out in time last month,” he said. “And now Earthworm Jim and Bonk the asshole baby are really fucking me in the ass.”