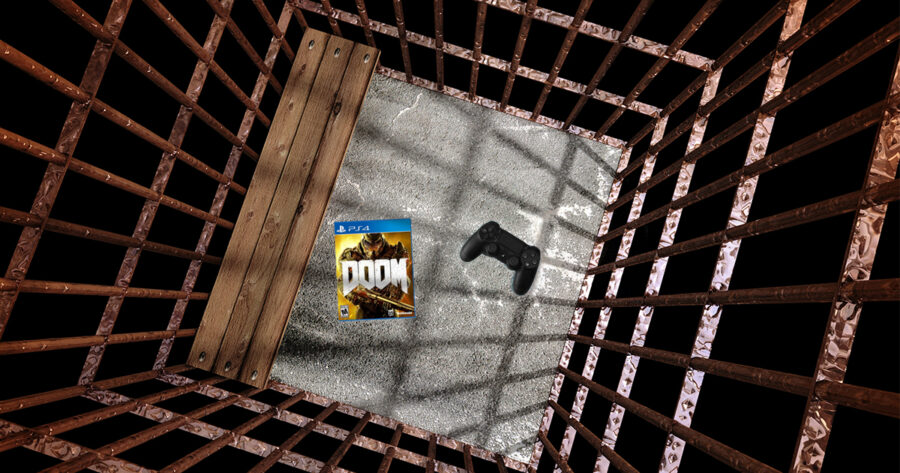 When you expose your children to violent video games, it alters the chemicals in their brains as they mature. Their experiences and stimuli shape who they become as adults—and how they will interact with others. I know this first hand, unfortunately, because my son escaped the basement dog cage I kept him in and played violent video games, leading him to commit three murders.

At my son’s trials all I could think was “Where was the ESRB when he was a boy?”

Anyone who has a kid will tell you the same thing: they are a lot of work. Watching what they consume in a dietary AND entertainment fashion is a demanding job. Every parent just wants to protect their kid and I protected mine with several locks and chains and keys.

But, in a trick I can only assume he learned in some Grand Theft Audio game, he chewed through the wires and caging and escaped to the neighbors house who irresponsibly allows her children unlimited access to video games.

And yes, he later used those same famous teething skills to commit crimes that would cause local newspapers to dub him the “Brooklyn Biter.” If you only knew the gentle boy I did, though. The one who always gave me a smile as I slid him his plate of dog food, or sat attentive as I read him extensive bible passages (from our own bible, not the false one you think of), then you would see what I see:

Video games ruined my son. They turned him into a monster. And the blood is on all of our hands equally for letting these games become ubiquitous in our society.