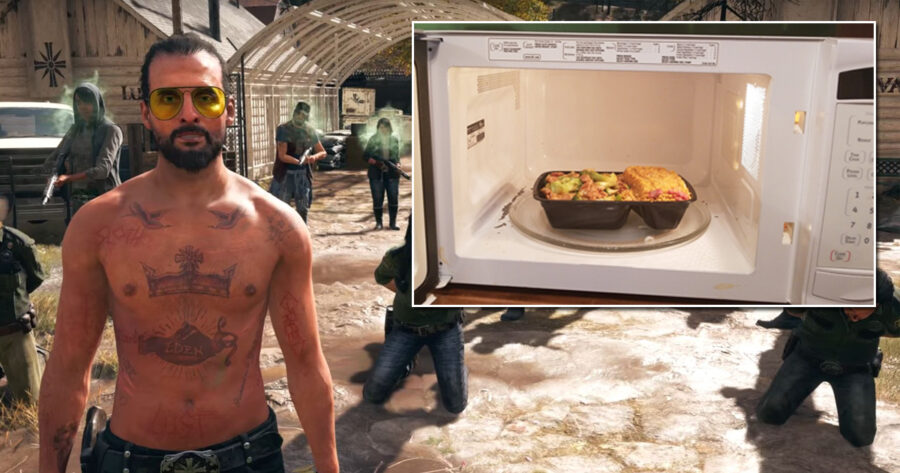 CLARION, Pa. — In the moments leading up to their final conflict, 29 year old gamer Jim Valentine realized that a villain’s extended monologue was an excellent opportunity to heat up leftover Chinese food, reports have confirmed.

“I’ve dealt with this before,” said Valentine. “He started just ranting on and on about the most useless things. The elders this and the planets that.  Once he said ‘It won’t be much longer now,’ I knew I had time to go make something to eat.”

Valentine described his meal preparation, opting to use the stove to heat up his General Tso’s Chicken dinner from the previous night instead of the microwave, his traditional mode of cooking during a gaming session.

“Then when I came back, he was still going!” he exclaimed. “He hadn’t even gotten to why he was ravaging the kingdom! I finished my meal and was almost done with the dishes by the time he starting talking about defeating me. It was ridiculous.”

The villain in question, Tharkissan, ruler of the Timesphere, accepted our request for an interview following the allegations.

“How was I supposed to know my monologue was long?” he said.  “It just seems to me you guys are attacking me because I have something to say. I tell the truth. I fight for the common monster. You can’t tell me my monologue was too long! Do you know who I am? I’m Tharkissan, ruler of the Timesphere.  And you dare tell that my monologue was too long? Let he who hath slain the rulers of the Subrealms stand before me and attack my words. There was order once, and I shall rule the universe soon. It won’t be long now!”