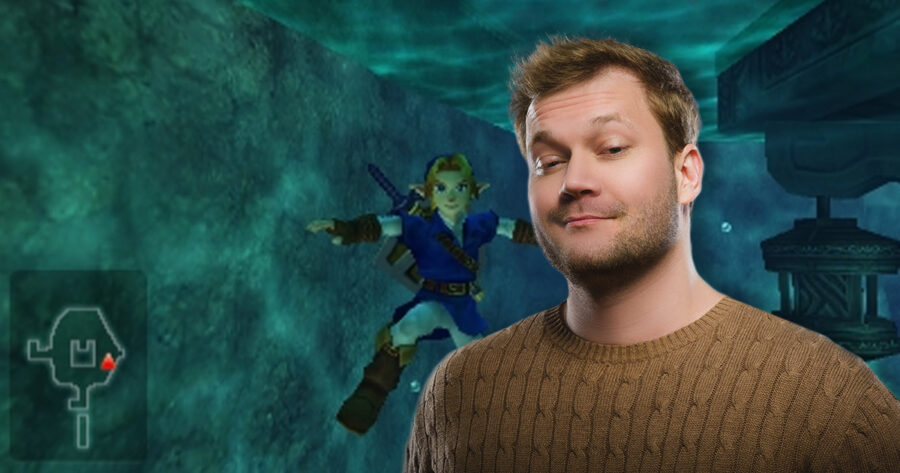 LANSING, Mich. — Veteran gaming story writer Scott McCormick is reportedly exceptionally pleased with his latest work, the backstory of a water level in an upcoming game, calling the level’s plot his finest hour.

“This is easily my greatest achievement, my magnum opus, my Ulysses,” said McCormick, a member of a growing collective that believes video games have become the most sophisticated form of modern art. “It is completely without ego, for a true writer merely transmits the song of god. The plot I have developed for this water level is bound to be recognized as the crowning literary achievement of this generation or any before it.”

McCormick’s style of ambitious exposition has won him many devoted fans, who find his painstakingly crafted stories a refreshing change of pace from standard video game writing.

“This really does sound like his most amazing work yet. All of the archetypal characters are there of course.” said Kristina Brian, an outspoken fan.  “You have the hero, charged with the seemingly impossible task of navigating the labyrinthine water level.The goddess is represented by a series of floating fruit pieces, rejuvenating the hero’s health bar through the quest, which prove useful against the laser sharks. And in the end boss, Slappy the Octopus, we see elements of not only the mythical Minotaur but of the father.”

“That being said, it’s so goddamn annoying to play and I hate every second of it,” she added.

McCormick briefly spoke to the press today about the level, answering questions for a period before the gathering digressed into him proclaiming the merits of his newest creation.

“I cannot stress the importance of the work I have done here,” he insisted. “I have not merely drawn on all of the collected mythologies and religions of mankind, I have perfected them! When a man plays my water level, when he faces death itself and defeats Slappy the Octopus, he will find not only the checkpoint, but himself as well!”

McCormick’s water level will be featured in an untitled Legend of Zelda sequel slated for release next year.