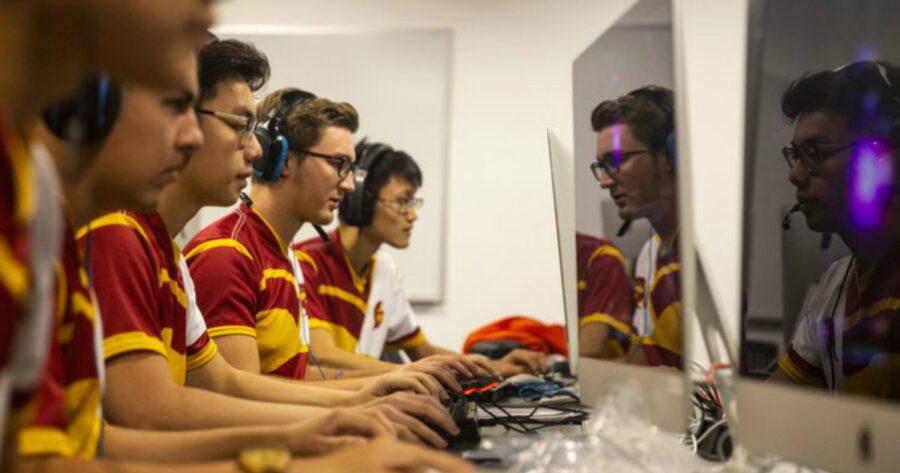 LOS ANGELES — It has come to light that USC’s Overwatch team is made up entirely of the children of celebrities following the bombshell revelation that many famous Hollywood residents use their money and influence to buy their children into selective colleges.

“When the school asked me to come coach, I was ecstatic to work for a school with such a rich history of athleticism,” said Peter Zhang, the team’s coach. “What I wasn’t expecting was having to explain to them why they couldn’t all main fucking Genji.”

The USC Trojans Overwatch Team consists of a diverse cast of characters, including the useless niece of B-list celebrity Scott Bakula, as well as the ineffectual son of D-list celebrity Harold Coppola.

“I can’t say the process has been easy, but it’s really an honor to be able to coach and mentor such a wide range of entitled know-nothing failsons. It’s a very dynamic environment where not only will the team members refuse to practice, but they’ll also threaten to have their dads get me fired,” Zhang said of the team’s makeup.

While the team boasts a proud background of entitlement, they haven’t been able to translate that to the digital gridiron, having won zero of their first seven games. For his part, team captain Skyler Lithgow isn’t bothered by it, choosing instead to look at the bigger picture.

“We may not be the best, but at the end of four years, the kids who play for Harrisburg U are going to have nothing to show for it, but some trophies and carpal tunnel,” Lithgow said of the top-ranked team. “Whereas we’ll have something they never will: a mountain of unearned wealth and status. Half of us are already in assistant positions at Overwatch League.”

As of press time, having discovered that loot boxes only included cosmetics with no impact on performance, the furious team considered quitting Overwatch to instead start a collegiate Clash of Clans league