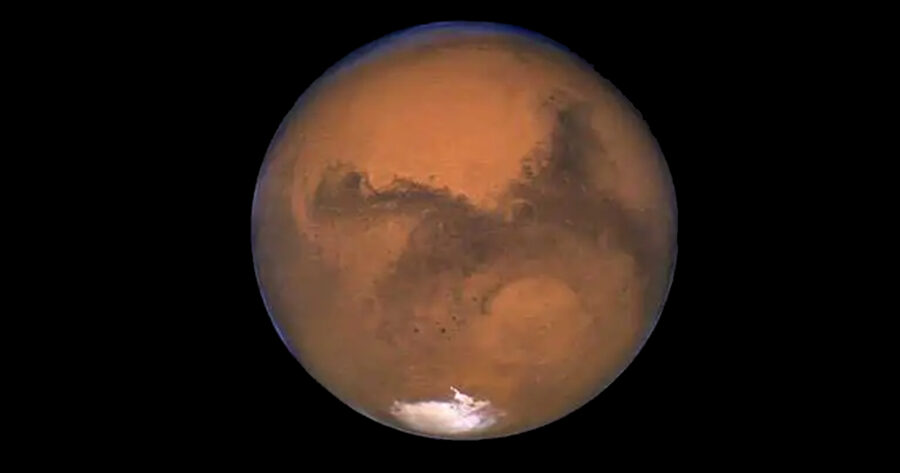 WASHINGTON — NASA announced on Wednesday that a 12-mile-wide underground lake has been detected near the Martian south pole, leading many in the scientific community to speculate about the possibility of an upcoming underwater level.

“We believe this area will likely feature some kind of breath-holding mechanic,” said Mars Exploration Program Director Alice Hao. “We’re already hard at work maxing out the oxygen meter and all relevant endurance skills for our nation’s astronauts.”

Hao reminded the gathered press that astronauts won’t be playing the level any time soon. Currently, mankind has only completed half of the “Man On Mars” quest chain that unlocks the red planet as a playable world.

“We’ll definitely play it eventually. But it’ll be later in the game, a few years from now,” said Hao. “In the meantime, there are plenty of underwater levels here on Earth that our astronauts can speedrun to prepare for it.”

Though the news of a potential underwater level on Mars has been met with excitement worldwide, many are aware of the potential risks that could come with playing such a traditionally challenging environment on a foreign planet.

“Historically, there’s no shortage of dangerous enemies in underwater levels,” said Gareth Stern, an analyst at the Office of Naval Intelligence. “You’ve typically got sharks, squids, electric eels, cheep cheeps, and jellyfish, all with different swimming patterns. But because this level is on Mars, we really don’t know what to expect. We may find entirely new categories of enemies we haven’t yet encountered in our playthrough. Not to mention we have no idea how to disarm underwater Martian bombs.”

More worrisome still, says Stern, is the potential boss fight that could be awaiting at the end of the level.

“Bosses have never been easy, and underwater it’s no exception. On the other hand though, the defeat of any giant underwater Martian villians will no doubt offer us a huge XP reward, and would be a very worthy adversary to any member of our newly formed Space Force.”

At press time, NASA engineers, complaining of low funds, were preparing their astronauts for the possibility of getting hit by sharp object, causing hundreds of valuable rings to fly off their bodies.