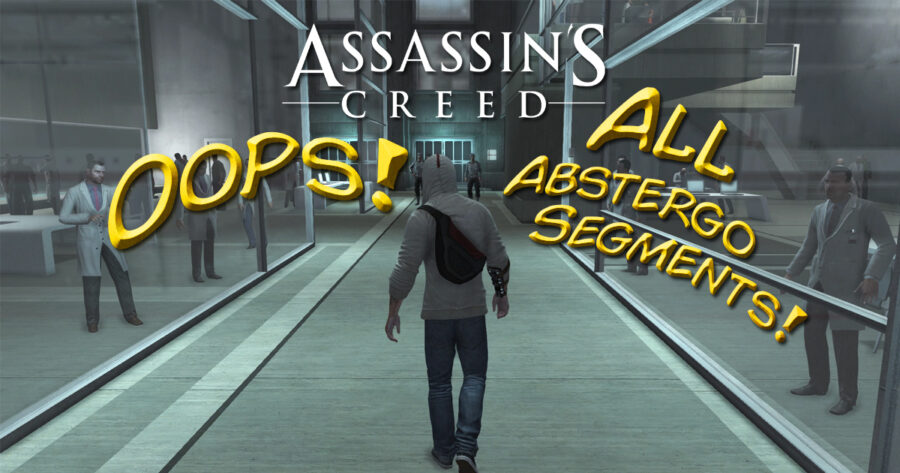 MONTREAL — Ahead of the release of the much-anticipated Assassin’s Creed Odyssey, Ubisoft Montreal, the studio behind previous installments such as Origins and Brotherhood, has announced the next title in the long-running franchise will be titled Assassin’s Creed: Oops! All Abstergo Segments!

Oops! All Abstergo Segments! will follow a few years in the main character’s life as they work for the company responsible for the Animus device that allows players to effectively travel back in time.

“I just want to say sorry to the fans,” Ubisoft Montreal level designer Victor Girard wrote in an extensive tweet thread. “I was told I was working on Abstergo segments this time around and I assumed I was the only level designer on it since that’s just, like, 3% of any given AC game.”

“It turns out everyone was told they were working on Abstergo segments. Not just the other level designers. Everyone. I don’t know if it was a mistake or sabotage but we had no idea. We never would’ve done this on purpose.”

While Oops! All Abstergo Segments! has very little of what Assassin’s Creed fans love about the series, game director Ashraf Ismail insists that the game will be a treat for both long-time players and newcomers to the franchise. “I think if you love the color gray, linear environments, and characters talking about the possibilities of the Animus without getting a chance to use it, you’re gonna love Oops!” claims Ismail. “…And if you enjoyed the combat aspect of the franchise — well Odyssey is a goddamn grindfest, so just keep playing that.”

Upon the announcement of the new installment, Ubisoft CEO Yves Guillemot announced the same colossal mistake had befallen the developers of the next Far Cry game, resulting in Far Cry 6: Shit, It’s All Tower Climbing Buddy scheduled for Holiday 2019.