U.S. Announces Plan to Withdraw All Troops from Donkey Kong Country by Christmas 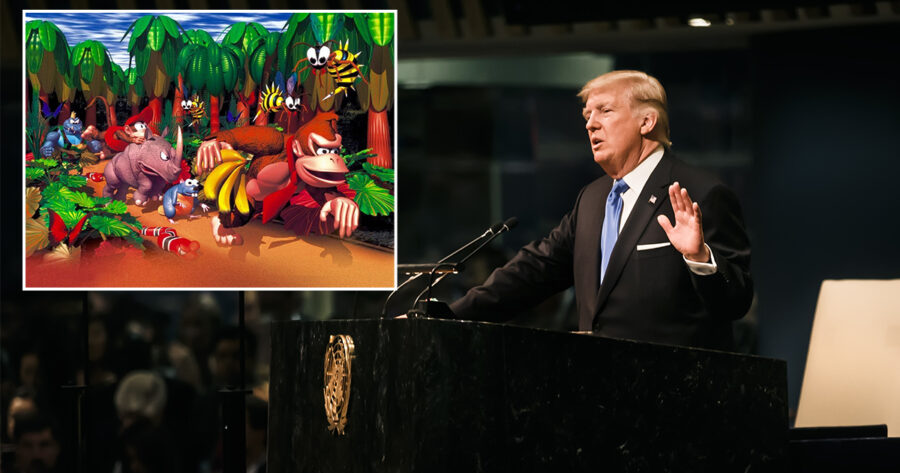 WASHINGTON — President Donald Trump took to Twitter last night to announce that all American forces currently serving overseas in Donkey Kong Country are expected to be home by Christmas.

The announcement came as a shock to the American public, as the United States had maintained continuous involvement in Donkey Kong Country since 1994. Speaking on the basis of anonymity, a top-ranking general offered their assessment of the situation.

“Donkey Kong Country has been a perceived threat to American democracy for nearly thirty years. We first began to explore intervention in the region years ago when our satellites captured images of militants training rhinos for combat,” explained the general. “It wasn’t until our intel people got their hands on what appeared to be a training video that we got the go-ahead to assert an American presence in the region.”

The conflict eventually concentrated on an individual militant group within the country, which the U.S. ultimately failed to eliminate.

“We believed at the time that this so-called ‘DK Rap’ was designed to radicalize the population to the Kong mindset, so we got boots on the ground in that jungle in search of WMDs and the Kongs’ leader, Donkey,” said the general, referencing a satellite image of a remote military compound. “But when our SEAL team infiltrated his stronghold, all they turned up was a horde of bananas and some tasteful neckwear. Nothing left to do but go home.”

Contrary to the White House’s stance, many citizens expressed a belief that the United States’ role in Donkey Kong Country was motivated by lesser reasons than peacekeeping. One radical anti-war activist weighed in via Zoom.

“They-a never thought there were-a weapons of-a mass destruction!” said the activist, a man dressed in overalls with a green cap who also preferred to remain anonymous. “That was a line they used because-a they thought there was oil they could take-a for themselves. Those G-men saw all these-a barrels and invaded the whole damn country. But the joke’s-a on them because the barrels were just-a full of more Kongs!”

At press time, a leak from the White House suggested that although the United States would keep its promise to end direct involvement in Donkey Kong Country, President Trump had asked officials to explore the possibility of funding the Kremling Krew, an authoritarian militia identified as a hate group by U.S. intelligence communities, to “maintain law and order” in the region.