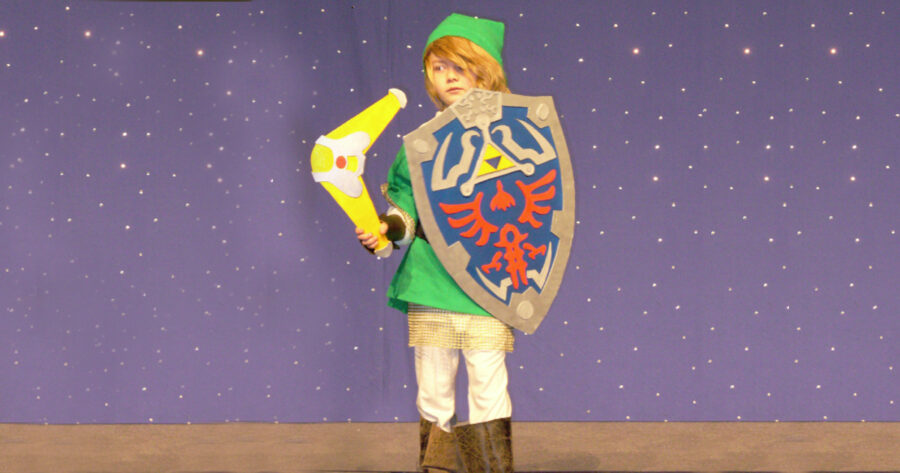 TOLEDO, Ohio — Clad in Link’s signature green tunic, a hand stitched hat, and prosthetic elf ears, eight-year-old Thomas McConnell has suffered what’s being described as “the greatest indignation in gaming history,” as he was exclusively mistaken for Peter Pan at every house he visited last night on Halloween.

While McConnell’s friends Lucas and Cody were recognized as “Minecraft” and “Fortnite” respectively, candy bearing adults repeatedly failed to accurately identify Thomas as one of the most iconic video game characters of all time.

“I don’t expect them to know the proper names for Steve and the Devastator skin,” said the eight-year-old gamer, in between houses last night. “But how could they not recognize Link, the hero of time and one of the most recognizable figures in gaming history?! He’s way bigger than Peter Pan. Who gives a fuck about peanut butter?”

In addition to the seminal Disney character, McConnell was additionally referred to as “an elf” by several other parties. Thomas’ mother, Janet McConnell, has come under fire by some for standing idly by while the misinterpretations were happening.

“I can hardly keep track of all his little characters myself,” she said, when questioned about her inaction. “So excuse me if I don’t jump down my neighbor’s throat because they don’t know my kid is a Zelda for Halloween.”

Sources close to the family confirmed further allegations that Mrs. McConnell is also guilty of referring to her son’s 3DS as a “GameBoy.”

“This really blows,” said McConnell, after several more awkward explanations to strangers of The Legend of Zelda’s extended lore and story line. “The first house asked me where my little fairy was, so I thought it was gonna be fine.  Then enough people asked me about Captain Hook that I realized what’s going on here. Would Peter Pan be carrying a shield that took a month to make? This is really eating into my candy haul, to be honest.”

Reportedly McConnell stopped clarifying misunderstandings at this point, and was last seen confirming that he was in fact dressed as Vulcan Robin Hood.