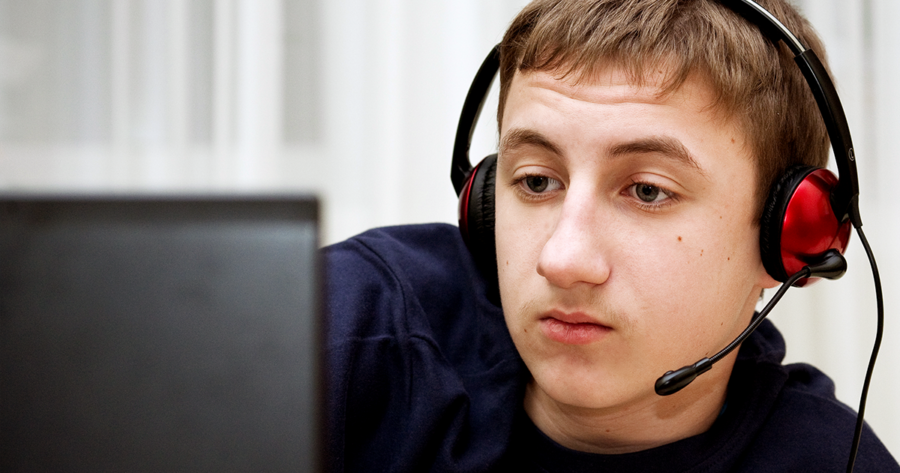 COLUMBUS, Ohio — Local student Hollis Wheaton gave a groundbreaking lecture last night on American race relations while holding the top spot in a game of Call of Duty: Infinite Warfare, according to witnesses who didn’t know how to disable voice chat.

The expletive-laden speech was reportedly shouted in short bursts over Xbox Live during a round of team deathmatch on Scorch.

Records showed the young scholar’s words touched on extremely controversial themes, such as, “[African Americans] are [generally non-contributors to society],” and “[People of Asian descent] should fucking [quit playing Call of Duty] with their [diminutive primary sexual characteristics], bitch.” Listeners later confirmed Wheaton capped off his discourse by shouting “No Lives Matter,” while pulling off a “fucking flawless” string of no-scope headshots.

“What?” said the unattended 14-year-old eighth grader, who plays under the pseudonym Big5niper02, when asked about his tirade. “No one loves you, kill yourself.”

While many have criticized Wheaton’s views as violent, insincere, and ignorant, some academic professionals in the field see promise in the Master Prestige player. Dr. Lance Johanson, Visiting Sociology Professor at Ohio State University, happened to be a member of Wheaton’s moderately-sized Twitch audience at the time of the lecture.

“First off, I need to stress that I don’t agree with him. But Big5niper02 made some lucid, compelling arguments,” said Johanson. “For instance, many of his ideas echoed the ‘back to Africa’ sentiments of Pan-Africanist leaders like Marcus Garvey. And, indeed, it’s all the more interesting that he made such an argument while executing a legendary 1600-point score streak. Truly something deserving more study.”

At press time, sources say the leaderboard-crushing teenager has begun a brand new talk in the field of gender and sexuality studies, primarily focused on what his low-scoring teammates “like to do with dicks.”