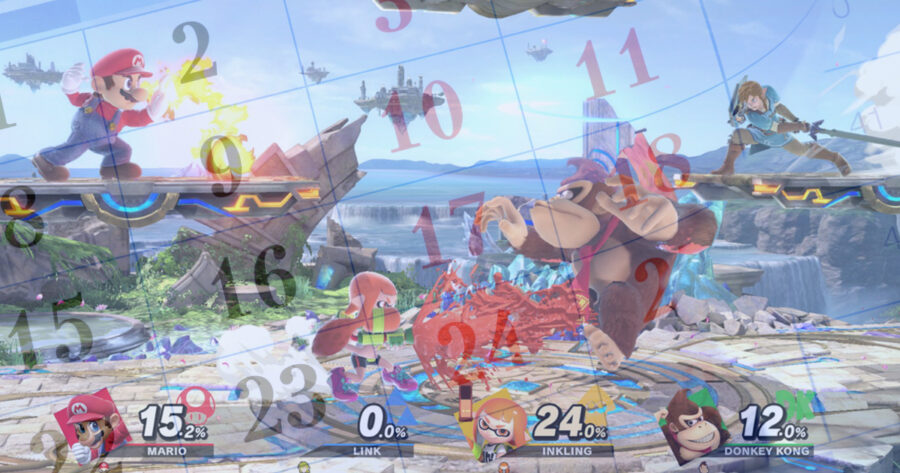 As I stated in my year end wrap up column six weeks ago on December 6th, 2018 has been an incredible year for gaming. So much so that what follows is the best games that Hard Drive has played that have been released since we put out our Top 10 Games of 2018 List earlier this month!

10) Earth Defense Force 5 (12/7) This game was overshadowed by the release of Smash Bros, and now that the dust has settled, people are discovering that this game exists and is perfectly fine!

9) Just Cause 4 (12/4) Year after year the Just Cause franchise provides a perfectly serviceable third person shooter game that will never make much of an impact with critics if they don’t shake up the current formula or at least release them in the summer or something.

8) Borderlands 2 VR (12/14) Ah, the dark, twisted, beautiful cel-shaded world of Borderlands. What better world to immerse yourself in so that may you completely lose track of what week or even month it is, leaving you completely oblivious to the proper time to issue a year end best of list.

6) Mutant Year Zero: Road to Eden (12/4) Based off of a pen and paper RPG, this title blended elements of stealth and strategy in a refreshing and rewarding way. Definitely better than at least a few of the games on our list.

5) Katamari Damacy Reroll (12/7) Jesus Christ, so many games came out on this day. Totally forgot this one was coming out! Honestly, we could’ve probably put this in our ‘Best of the Year’ preemptively, as it’s a long awaited Switch version of a stone cold classic, but we really rushed out our list and it just sort of slipped through the cracks. Highly recommended!

4) Below (12/14) The last time musician Jim Guthrie provided the soundtrack for a Capybara Games release, we were given Superbrothers: Sword & Sworcery EP, a game who’s experimental design and sensible Spring release date has ensured that it remains a classic today. This collaboration of theirs, a starkly atmospheric dungeon exploration RPG, outdoes that beloved title, but you wouldn’t know it if you read any of the end of the year coverage that started rolling out a week before Below was released.

3) Persona 5: Dancing in Starlight (12/4) Persona, dancing, a December release, what else is there to say?!

2) Gris (12/13) An absolutely gorgeous game, and yet another landmark in the level of artistry possible in this young medium. If it had been released a few weeks earlier, it probably would have won some Game Awards. However its mid-December release ensured that it’ll have to wait until “Games of the Decade” lists start being printed early next year to get its proper due.

1) Super Smash Bros Ultimate (12/7) I know why this was named what it was. Apparently, if you try to get a few hours of it in one weekend so that you could write it up in time for your ‘Best Games of the Year’ piece in between games at your son’s basketball tournament, you are the ULTIMATE asshole. An instant classic.