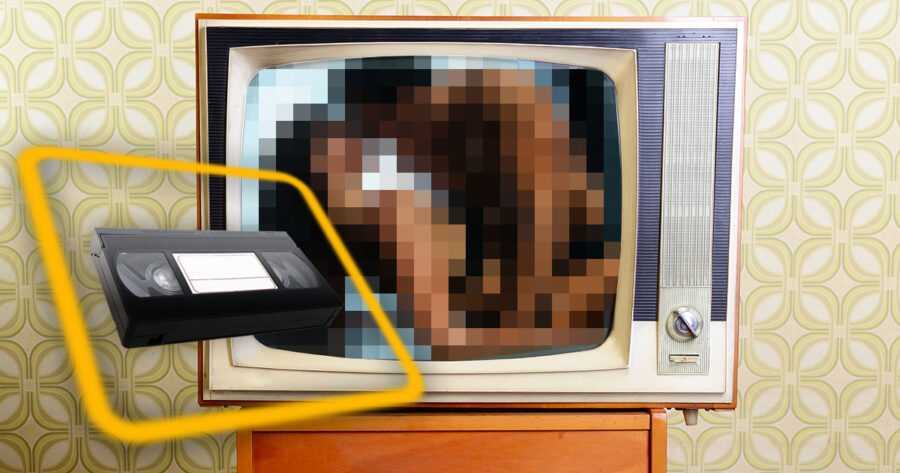 “Dad’s out of town right now, and I went in there looking for a phone charger,” said the 17-year-old Hawk. “And I noticed this strange yellow glow coming from the top of the dresser. It took me a little while to figure out how to get up there, but once I did I found this beat up VHS tape kind of floating around. It sounds ridiculous, but I swear that’s what happened.”

Assuming he had discovered a relic of his father’s from the golden age of skateboarding, Keegan then tracked down a VCR and invited some friends of the family over for a screening at the Hawk residence that evening.

“I can’t believe there’s old footage of Tony he’s never shown us,” said legendary skater Chad Muska loudly over the sound of his boombox. “I can’t wait to see what he’s been sitting on all this time!”

After an impromptu poolside set by California rockers Goldfinger, Keegan invited guests inside the house and into the screening room, where the graphic footage of a young Tony Hawk engaging in sexual activities with several partners was projected in their newly furnished home theater.

“This isn’t skateboarding,” shouted the visibly disturbed Keegan. “This is my dad boning a bunch of ladies! Everybody has to go home right now!”

“Damn just saw a tape of the Birdman doing some NASTY stuff on this stairwell back in the day,” said fellow skateboarder Geoff Rowley, in an Instagram post.  “I thought the 900 was dope, but I just watched this dude fuck a girl that was behind him. Insaaaaane!”

In England for a series of promotional appearances, Hawk was shocked when asked about the hidden tape and subsequent party.

“He found it! How did he get up that high?” cried the panicked Hawk. “I knew I should have hidden it in the mall!”