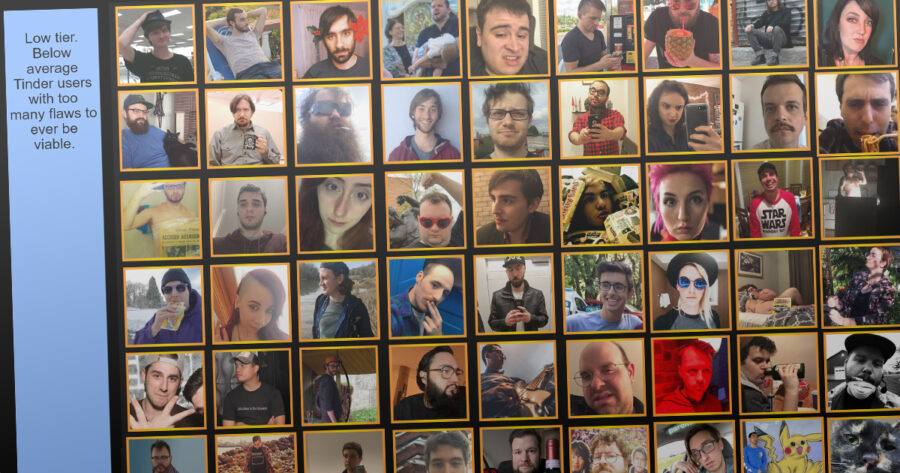 “This is bullshit,” said New York bachelor Charles Simmons. “I’m at least in the A tier. I work on Wall Street! Sure it took me a while to recover from pneumonia last year, but that shouldn’t bump me down with these losers! I’m a very datable man!”

The tier list was formed based on aggregated data and opinions focused on various key attribute of all of the dating platform’s users. While no means official, these tier lists often serve to influence the culture of the local hookup scene, and can drastically hurt or increase a local single’s standing in the community.

“I can’t believe I’ve been put in the S rank,” said Kristen Probert. “Hopefully this leads to more guys selecting me when they’re swiping through all of their options.”

The last tier list of available singles in the dating pool was issued by Mad Magazine, over 35 years ago. When reached for comment, the author of the piece suggested that it was not meant to be taken seriously as an assessment all of ever bachelor in the entire world.

“We really pored over the data for that one,” said Sam Cookwell, who illustrated a ‘Single People of the World, Ranked!’ comic for the August 1986 issue of the satirical magazine. “It was easier back then when there were only like 10 million people you could date. We analyzed millions of relationship placements, out-of-conversation options, frame data, and of course, who is just the hottest. It was a ton of work, but I can’t even imagine what it would be like doing it in the modern day with such a big dating pool.”

While ranks and lists always prove controversial, most claim that they’re generally there to inspire conversation and debate, and that no offense is meant to anyone on the lower side of the list. This includes the lone Tinder user included in the lowest grouping.

“Pretty fucked up that they have me in my own tier at the bottom,” said Mac Gladstone, a local amateur prizefighter.