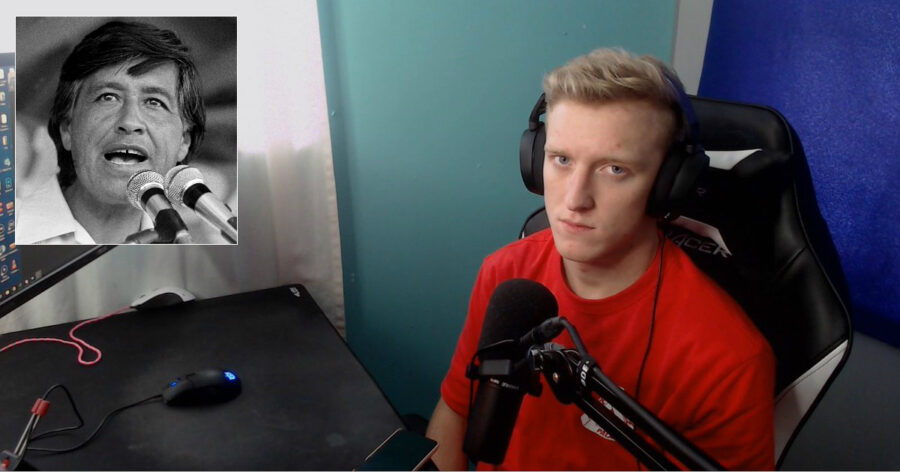 Tenney reportedly got “pumped up” reading the Wikipedia page for Chavez, an agricultural worker who founded what later became the United Farm Workers union, transforming American labor rights for generations to come.

“Bro, this Chavez dude, him and his crew were out there picking grapes like nobody ever saw, we’re talking huge numbers they were putting up. Shit was wild, yo,” said Tenney during the stream. “But then all their cash was going to this whack clan, the DiGiorgio Corporation, who didn’t do shit but unfairly collect off their mad skills.”

Tenney went on to say that Chavez’s method of building sympathy to workers’ concerns through media coverage, or “clout,” has caused him to rethink the dynamics between himself and FaZe Clan, the company he is suing over an exploitative contract.

“Me and my man Chavez, we both got clout for days, but this guy was out there using it to make life better for himself, dude, but also his teammates, like making their own clan,” said Tenney, slowly raising his fist. “No negative energy, none of that griefer shit, you know, just bros who want to squad up and stack those grapes like they do best, but like, do it together.”

Subsequent reports indicate that Tenney later clicked through several Wikipedia links to the page about Karl Marx, who he said “no-scope downed that greedy bullshit” and “pulled mad stunts on those factory owners for real.”