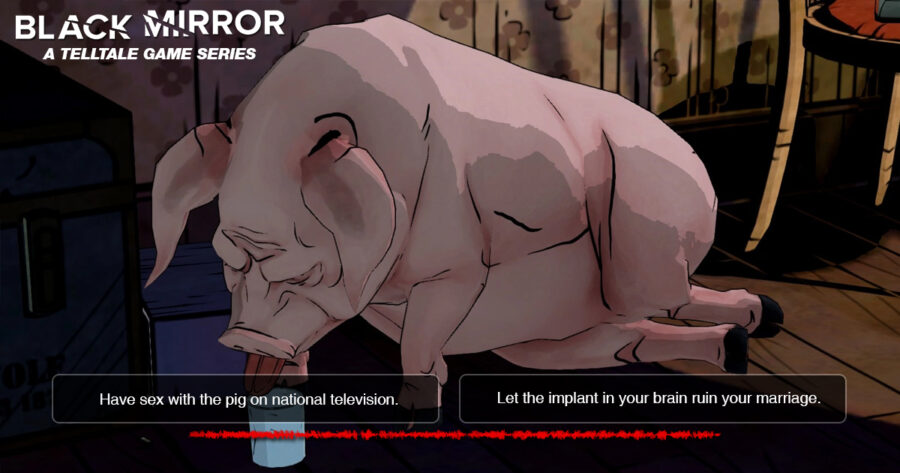 SAN RAFAEL, Calif. — Continuing its trend of licensed games, Telltale revealed it would be working on a new game set in the Black Mirror universe that will allow users unprecedented choice in just how depressing their story will be.

“What better studio to create a game that lets players experience emotions ranging from sad to depressed than Telltale Games?” said Black Mirror creator Charlie Brooker. “There is not another developer I would trust to make the fans of Black Mirror agonize themselves over for hours.”

Telltale promises that the game will feature plenty of scenarios that will allow gamers to define their sad story. In one such instance, a pale man in a black hat holds a gun to your iPhone and your child and the player must choose which to save.

For fans wondering if there might be a chapter in the game that has a similar heartwarming ending like beloved Black Mirror episode “San Junipero,” Bruner assured them that there would eventually be such an episode.

“I don’t want to spoil anything, but in one episode someone interacts with a computer and doesn’t immediately die.”