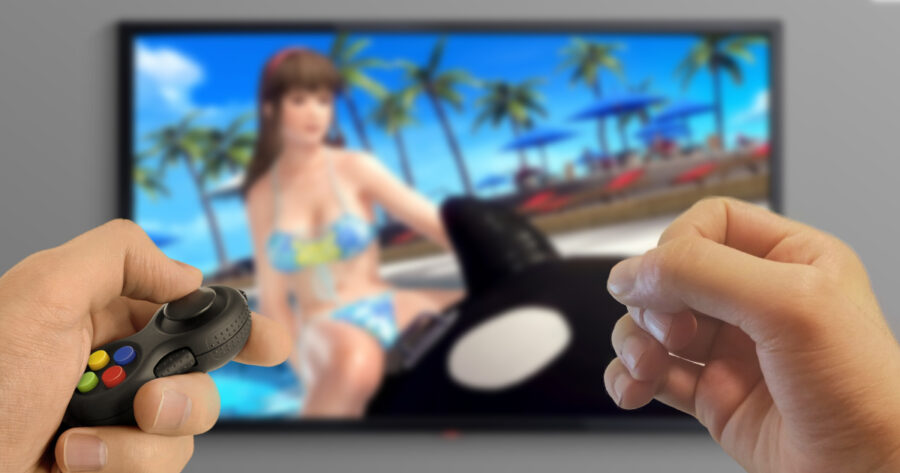 “After extensive feedback from fans, we found that the most requested feature — by a wide margin — was the ability to continue to play Dead or Alive Xtreme without needing their other hand, allowing them to be able to vigorously stroke their penises with minimal gameplay interference,” Hayashi explained. “Here at Team Ninja, we’re all about the fans.”

When asked of the necessity of such a decision, Hayashi defended the company’s choice, saying “from the very beginning, the Xtreme series has always been about combining substandard pornography with mediocre gameplay. What better way to give back to the dedicated fans than by offering what they truly want: making it as easy as possible for them to sexually manipulate themselves, possibly to climax, while playing our game?”

“I think it’s great,” said longtime fan Shawn Burrows. “I always hated that when I would jack off to the new swimsuit I bought for Kasumi, the controller would keep banging against my ballsack.”

“With this new controller, it’ll definitely make it easier to go to town on my dick while imagining Ayane and Hitomi in some kind of spicy, after-hours lesbian hookup while I also play a game of beach volleyball. I appreciate that a video game company, for once, has actually listened to its community. Hats off to Team Ninja!”

Hayashi added that the controller also comes with a line of integrated peripherals, the first of which is a wall-mounted device that the controller can be inserted into and allows the player to be pegged by the characters in the game if that is what they are into.