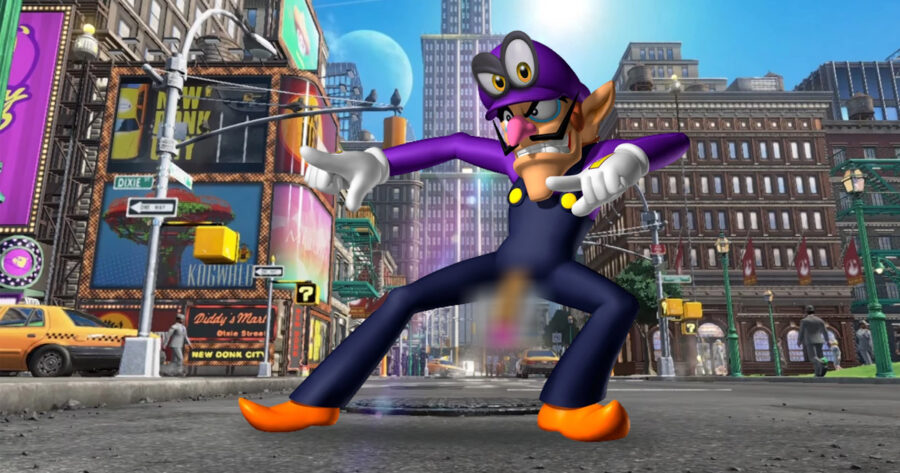 REDMOND, Wash. — Nintendo told fans today that it will not be releasing the previously announced “Super Waluigi Odyssey” in the foreseeable future, citing it’s problematic tone and constant nudity in a demo that was not well-received by fans or critics.

“Sometimes you take a step in the wrong direction,” said Nintendo of America President Reggie Fils-Aime at a press conference this morning.  “I’m afraid this is one of those times.  We’re going to back to the drawing board on this one and I can guarantee those drawings will feature none of Waluigi’s dangly balls that inexplicably made it into the game.”

Waluigi, a maniacal foil to the iconic Luigi character, was first seen in Mario Tennis, released in the year 2000.  “Super Waluigi Odyssey” was set to be the first in a string of releases under the banner of “The Year of Waluigi,” celebrating the character’s 18th birthday, ending his time as “barely legal,” according to statements from Nintendo. Employees working on the game were surprised to hear the news.

“We were told to think outside the box on this one,” said lead developer Alec Mills.  “That’s why we put in all that cursing and all those mini-games where the player makes Waluigi perform sexual acts on himself. Now they’re saying they want us to dial it down?  It’s just so maddening trying to keep up with what Nintendo is doing.”

Several fans were chosen to preview the game at a private Nintendo event last month.  The resulting wave of criticism following the hands-on demonstration appears to be what inspired Nintendo’s decision.  Complaints ranged from the unrestrained full frontal nudity to disappointment with the game’s customization options that merely changed the pubic hair Waluigi sports.

“I loved Super Mario Odyssey, and I was excited about getting the opportunity to dress Waluigi up in different outfits,” said Jamie Fletcher, a disappointed contest winner. “But everything I bought just went into the closet, and Waluigi was still just hangin’ dick everywhere he went. It just feels really inappropriate, cuz Mario was always so family friendly. Also it makes things really difficult. It’s always dragging behind you or splashing in lava. It’s really hard. The game I mean, not Waluigi’s dick.”

“That only gets hard when you find a star,” said Fletcher