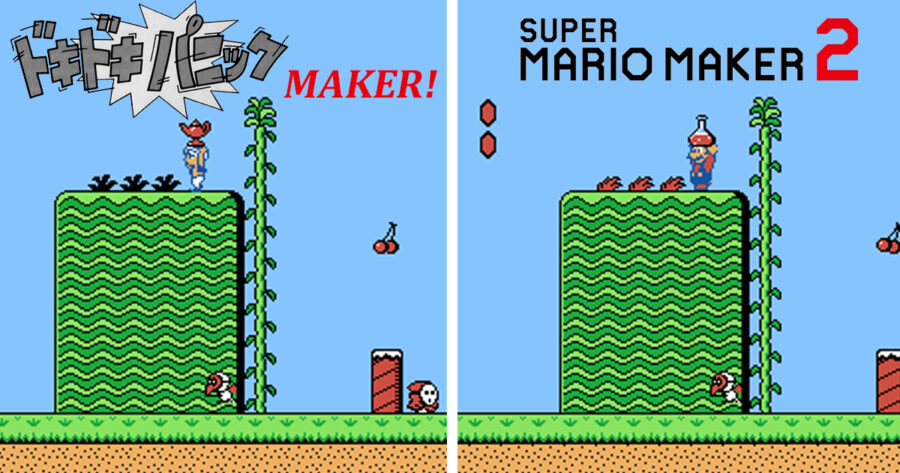 TOKYO — Nintendo fans are once again being robbed of a true sequel to a Mario game, as the soon-to-be-released Super Mario Maker 2 appears to have been swapped with a clearly reskinned version of Doki Doki Panic Maker.

Eagle-eyed Mario fans caught the clever bait-and-switch in the latest Mario Maker 2-centric Nintendo Direct. While the presentation started convincingly enough with the standard cast of Mushroom Kingdom characters, fans began to catch on as the video spent its first 10 minutes showing off the game’s extensive turnip planting mechanics.

The realization became more obvious as the 17-minute Direct continued. The footage showed off a variety of features exclusive to Doki Doki Panic Maker, including a lifting system, the ability to design mask-filled rooms, and an enemy menu mostly comprised of different Shy Guy variations.

“This is an outrage,” one fan vented in the video’s comment section. “We wanted a true sequel to Mario Maker. Does Nintendo seriously expect us to make hundreds of auto-scroller levels where Mario has to ride a goddamn magic carpet??”

Not all fans were disappointed by the reveal. Many embraced the newly overhauled game, calling it a unique twist on the established Mario Maker formula. Some even praised Nintendo for removing Bowser as a boss option entirely and replacing him with Birdo instead.

When asked for comment, Nintendo president Shuntaro Furukawa confirmed that the original edition of Super Mario Maker 2 will still release in Japan as planned. However, he explained that the US would be getting the reskinned edition because Nintendo felt that the actual game’s interface would be too difficult for Americans to understand.