Here’s Why I Pre-Ordered the Sucker Edition for $2500 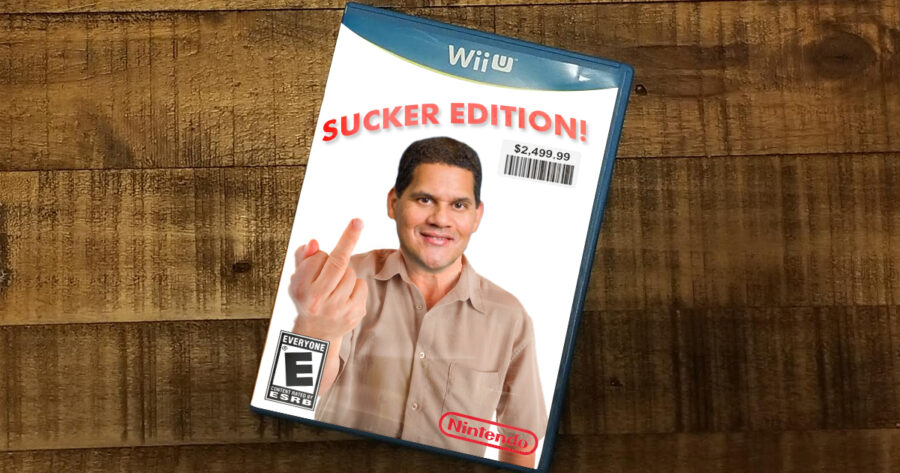 If you’re going to be a gamer, you need to know a good deal when you see one.

When the gaming market went from hard copy discs with booklets for $60, to digital-only downloads at the reduced rate of only $59.99, the gaming world finally opened it eyes to one simple fact: you need to research before you buy.

I did my research, and here’s why I chose the sucker edition for $2500.

It’s simple math, really. The Legendary Edition, a cool $150, includes access to the game a full three hours before the normal edition masses. Which is great, but don’t get caught up on that. Because the King’s Edition, right around $500, includes a bobble head, collectible metal case, and a beautiful fold out map—which could otherwise only be viewed by the click of a single button. So of course the King’s Edition is a better deal, but let’s be real: you don’t need these real-world trinkets.

You need virtual ones.

If you get those crappy versions… are you even a real fan at all?! That’s where the best deal, the $2500 Sucker Edition comes in.

The Sucker Edition is perfect because it includes a season pass not only to the next three DLC maps, but also to a variety of Six Flag parks located in and around Europe. I didn’t even know they had Six Flags in Europe! But now, if I ever go there, I can get in for free — forever — for the next 6 months.

And it’s not even all digital because the Sucker Edition actually comes with an extra HDD to store all of the gun skins, camouflage variations, and sweet, purely aesthetic DLC that comes with it.

I also scored $2000 worth of free in-game currency at a killer 1:1 exchange rate. That means as new hats, variations of camouflage, and even home screen decals come out, I’ll be able to scoop them up for cheap. If you’re running around the game and you don’t have any of this gear (which, to be clear, won’t actually affect game-play), how will anyone know you’re an actual fan?

Man, I can’t wait to play this game! The developers say even though it seems like a single player game, it’s actually an MMO, and you can meet up with other players — as long as you can find them.

Plus, this bad boy is an incredible collector’s item, which means if I ever need the money back I can sell it on Ebay for upwards of $17. Talk about value! You’d have to be a total SUCKER to not pre-order the Sucker Edition.