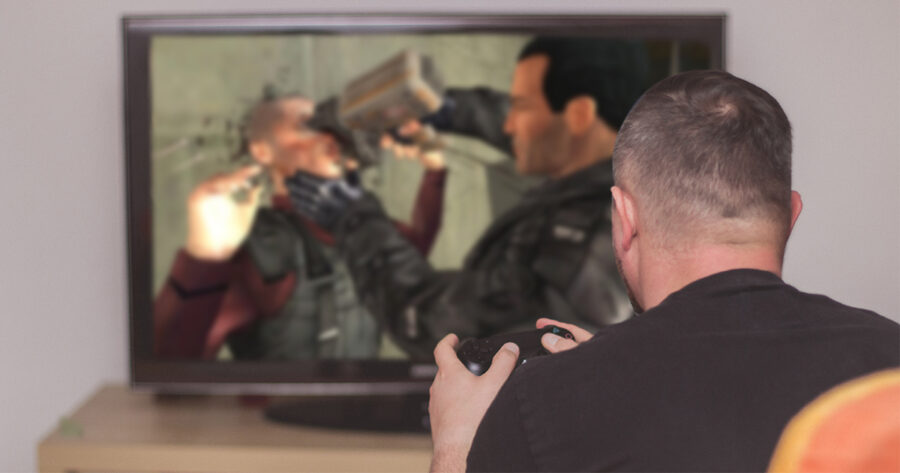 WORCESTER, Mass. — A new landmark study published today by my fiancée and son suggests a strong link between violent video games and the off chance of me getting some goddamn time to myself for one night.

Top researchers in my family compiled four years of data, including over 100 video games, and found that mature rated titles, like Grand Theft Auto V and Assassin’s Creed: Origins, were indisputably linked to some me-time, finally, after another shitty work week.

“I ran the data three times before peer reviewing it with another researcher, who is about to be my step-mom,” said my son Steven, according to close sources at dinner. “I also tried to get in touch with Jack Thompson but decided to keep the results of the study within the family community for now.”

Furthermore, these violent (and incredibly cathartic) video games were found to most likely be present in my life late at night once everyone else had fallen asleep. According to the study, playing these brutal games like Call of Duty: WWII at such hours can lead to me not having to quit an online session to run to the store for almond milk. According to the test subject, this is particularly interesting.

“These results seem pretty conclusive, don’t you think?” said the test subject, me, sarcastically, when asked for comment. “Well what do you know? Who could have guessed there was a link between wanting to spend some goddamn time to myself and murdering hordes upon hordes of CGI demons in Doom?!”

Prior to this study, a desire for conventional sleep patterns was generally assumed to be a factor in how I spent my precious free time. However, the research determined biological necessities like adequate rest took a backseat to other urges, like getting headshots and enjoying some fucking peace and quiet.

At press time, my son informed reporters that my fiancee is now working on an independent, non-sanctioned investigation, comparing the necessity of playing through the BioShock remasters this weekend to the importance of spending time with her goddamned sisters.  I have preemptively disavowed any and all of her findings.