Street Fighter: The Movie: The Game to Be Adapted into Film 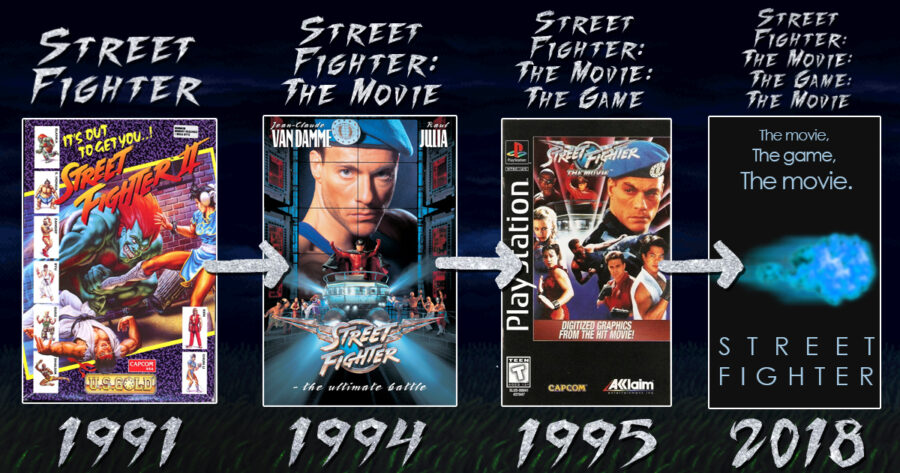 LOS ANGELES — Paramount Pictures has announced the latest summer tentpole film to be based on a video game, 1995’s overlooked Street Fighter: The Movie: The Game.

“Everyone knows, when you make a video game movie, you’re basically printing money,” said Paramount CEO Damon Young.  “So we’re always on the lookout for the next game that’d make an interesting film. When we dug into the archives we found a game that was begging to be adapted. Street Fighter: The Movie The Game!”

“Did you know that Jean Claude Van Damme even did some motion capture in it? How has no one turned this into a movie yet? It’s even right there in the title!” Young added.

Despite his involvement with the source material, Van Damme has opted not to reprise his role as Colonel William F. Guile, the Allied Nations commander tasked with taking on crazed dictator General M. Bison.  After much speculation, Jackie Chan, another staple of the martial arts genre, was awarded the role.

Having tragically passed away, Raul Julia is unfortunately unable to reprise his role as the evil General Bison.  Melissa McCarthy and Peter Dinklage are reportedly among those being considered for the part opposite Chan.

Recasting roles has been just one of the struggles production has been forced to address. In addition to confusing plot elements and redundant game play, there are other factors that make this adaptation a peculiar one. Indie filmmaking sensation Pat Daniels is up to the task, however.

“This is an incredibly ambitious project,” said Daniels. “Making a coherent film with sixteen lead characters is next to impossible.  There’s really no way to do it. That’s why no one’s been crazy enough to try this before.  But I think we can pull it off. Worst case scenario, it can’t come out any worse than Prince of Persia, right?”

Street Fighter: The Movie: The Game: The Movie will be released in theaters next summer, with a tie-in video game heavily rumored as well.