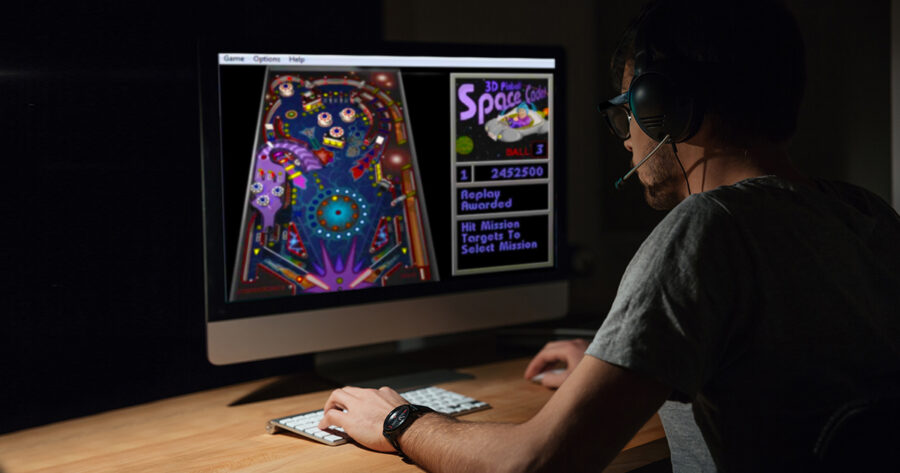 E3’s been over for some time now, and it’s time we face facts — there just isn’t going to be a sequel to the beloved 3D Pinball Space Cadet game bundled with Microsoft Windows.

Yes, none of us here at Hard Drive want to believe it, but disappointment of this sort is all too familiar to every serious gamer. Remember Duke Nukem Forever? No Man’s Sky? And where the fuck is Half Life 3?

Now, it seems, gamers ought to add another historic let-down to the list: no new pre-rendered three-dimensional arcade-style pinball game, and no signs of one on the horizon. Nada. Zero. Zip. Bupkis.

Imagine the memories you had with the old 3D pinball game.

Where did you turn when your biology homework couldn’t keep your attention? Space Cadet. What game did your next-door-neighbor-turned-babysitter Jason say he’d show you how to beat if you promised not to tell anyone he was smoking weed in the garage? Space Cadet.

And what’d you do that time you couldn’t get on Steam because your mom took away the Internet router because she caught you catfishing pedophiles in AIM chatrooms?

Say it with me. Space Cadet.

Let’s face the facts: if there was no announcement this E3, we may as well just give up hope altogether. An entire generation of gamers are going to miss out on one of the most bitchin’ pre-packaged gaming experiences this side of Minesweeper. Who knows the reason? Maybe there’s a licensing issue. Maybe those fat-cats at Microsoft are too busy lining their pockets. Or maybe developers just don’t have it in them to top the first.

Whatever the reason, this much is true: if that bullshit casual-ass Chip’s Challenge got a sequel, it’s a downright travesty that Space Cadet keeps getting snubbed.