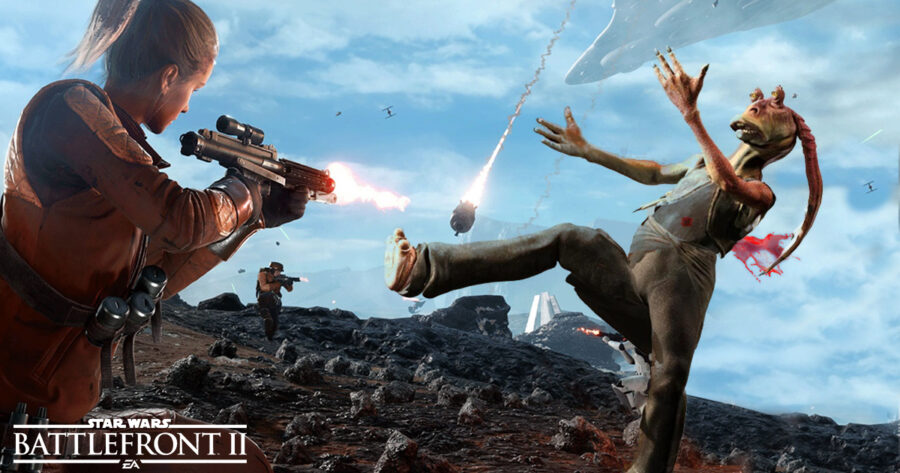 EA Games and DICE have announced that those who pre-order the highly anticipated Star Wars Battlefront 2 will receive the ability to execute the famously polarizing Jar Jar Binks.

Reports indicate that, in developing Battlefront 2, EA was aware that there was much riding on the newest iteration of the flagship Star Wars video game franchise.

“We here at EA recognized that reception to Star Wars Battlefront for next gen consoles was fairly lukewarm,” said EA CEO Andrew Wilson. “We’ve listened to our fans, and in addition to a robust campaign mode, the game will also include the ability to butcher the overtly racist caricature however the player sees fit.”

With the “Jar Jar Must Die” pack that comes with every pre-order, players can abandon their current mission objective at any time and track down the much maligned Gungan, who appears in every level regardless of canonical inconsistencies.

“Players can take control of all of their favorite Star Wars characters and really let Jar Jar Binks have it,” said gaming developer Arun Patel. “Whether it’s Darth Vader on the Death Star or Chewbacca at the Battle of Endor, players will get their chance to maim and murder that motherfucker in whatever way they desire.”

In addition to the ability to kill Jar Jar Binks, those that pre-order the “Special Edition” of Battlefront 2 will reportedly have the ability to assassinate Greedo before he has the chance to shoot at Han Solo in the Mos Eisley Cantina.