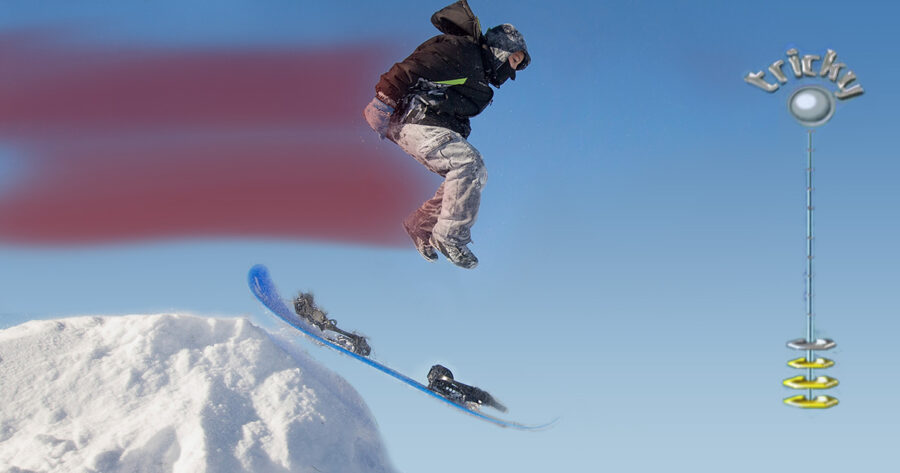 “I still don’t know what happened up there,” cried Linda Aldrich, Tobias’ mother, after the incident. “He begged and begged to be able to rent a snowboard, and we finally let him.  I mean, he’s fifteen, I thought it’d be ok.  Then when we got to the top of the hill he said something about a shortcut and jumped off the side of the mountain. Oh god, what was he thinking?”

Several of the resort’s visitors confirmed seeing Aldrich attempt to jump down a ravine to land on a trail he’d spotted several feet below.  During his freefall, Aldrich detached his snowboard from his boots, extended his arms and legs as far out as he could, and spun his snowboard in his hands, making his body replicate that of an airplane. Failing to get the board back in position in time to land, Aldrich violently tumbled down the rest of the mountain.

“I have never seen anyone land a ‘proper propeller air’ at this resort, and I don’t believe I ever will,” said Copper Creek Resort owner Jim Gladtree.  “And if I do, I have a hunch that it won’t be done by a teenage boy snowboarding for the first time.  That I feel pretty strongly about.”

Initial reports coming out of St. Christopher’s Hospital claim that Aldrich will most likely never walk again.  Doctors have held out hope that with the right amount of physical therapy, patience, and luck, he may one day regain the use of his facial features.

“He’s gonna spend a few years in a body cast, that’s first off,” said head surgeon Allison Wood.  “We’d love to have him blinking in time for his high school graduation, but we’re not sure how realistic that is.  In the meantime, this really should serve as a warning to parents to make sure they’re monitoring the types of violent video games their children are playing.”