Spyro Anxiously Waiting by Telephone for Call to do Remake 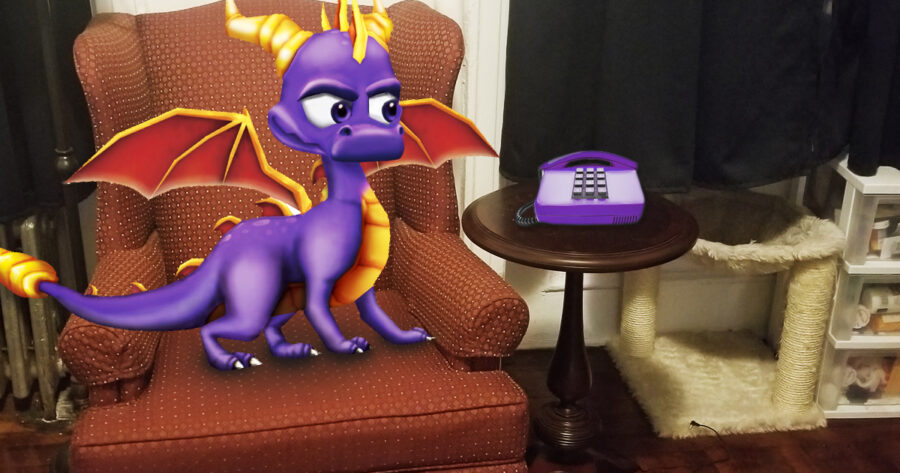 DRAGON REALMS — Spyro the Dragon is reportedly checking his calls and emails obsessively for the opportunity to star in a remake of one of his bygone series of games, according to close sources.

“I’m just counting the days really,” said the small dragon, seated in his home next to a telephone. “I know they’ll call soon and I’m willing to drop everything to do it. They don’t even have to pay me that much.”

Spyro insists that offers to star in remastered titles will come in any day now, rarely leaving his studio apartment for fear he might miss the fateful call. According to sources, he becomes increasingly agitated when old friends and associates are mentioned.

“I mean they remade those Crash games and they sold great,” Spyro complained to a mostly silent group of Twitter followers using his personal account. “Why wouldn’t mine do better? At least I’m age appropriate and not some slack jawed pervert with his tongue hanging out all over the place. I’m a better performer too! All he does is run and jump. I can glide sometimes.”

After starring in a popular trilogy of titles on the original Playstation system, Spyro later starred in nine more games across several platforms, the last being released in 2008. Following a public absence of several years, he was featured in the initial Skylanders game, although he hasn’t been associated with the incredibly successful series in further installments.

“Yeah those Skylanders pricks said to keep my calendar clear, but I haven’t heard from them in years,” said Spyro. “I will do anything to make this work. I don’t even have to bring my woodland buddies along, we could remake the ones with just me in them. And if we can’t get Elijah Wood to come back, that’s fine too.”

After his remarks, Spyro declined to answer questions from the press, claiming the noise could render the ringing of his phone inaudible.