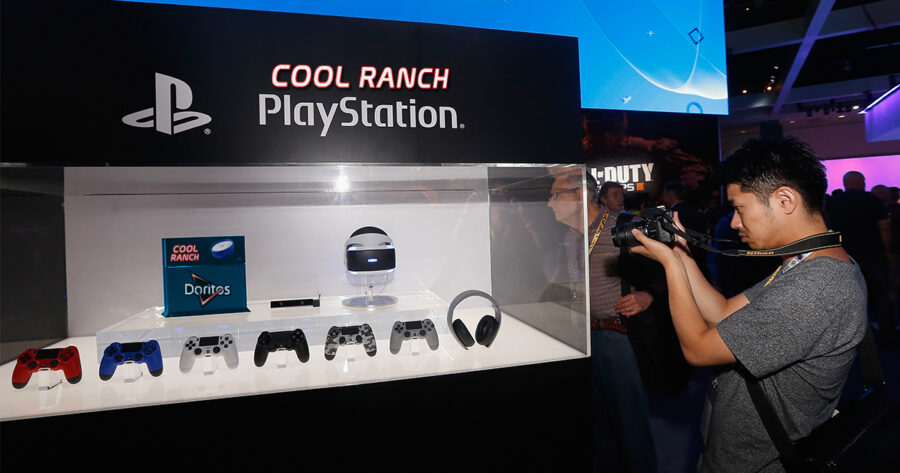 LOS ANGELES — SONY Entertainment along with DORITOS revealed the latest iteration of their popular console — PlayStation 4: Cool Ranch Edition — today, days after Microsoft’s announcement of the Xbox One X.  The announcement comes a year after Sony unveiled the more powerful, but decidedly less tasty, PS4 Pro model. Sony is hoping the new version will satisfy gamers looking for both a robust gaming library as well as a full-bodied ranch flavor.

“We know what the modern gamer is looking for,” said Sarah Helms, a spokeswoman for Playstation America. “They want 4k graphics, seamless online integration, and a zesty blend of garlic, onion, and our secret Playstation herbs.”

The new console is Playstation’s first foray into snack-based hardware and reflects a clear shift in development strategy moving into fiscal 2018.

“We really want to give our hardcore audience a better way to immerse themselves in the gaming experience,” Helms said. “The Cool Ranch PS4 has 8 core processors,  a CPU clock speed of 2.12GHz and a 1TB hard drive. It is also the first console to feature a 16 ounce nacho cheese reservoir capable of dispensing delicious liquid cheese with a simple voice command.”

Critics are excited about the release, hailing it as a game-changing blend of cutting edge graphics and mouth watering deliciousness. Early fan reactions have been overwhelmingly positive as well.

“I’ll definitely be preordering” said E3 attendee Rachel Banks. “I stream so much from my PS4 and I always get hungry. Now I can just pick up my console, take a bite, and get back to grinding Engrams.”