Soldier on Deathbed: “I Wasted Most of My Thirty Lives” 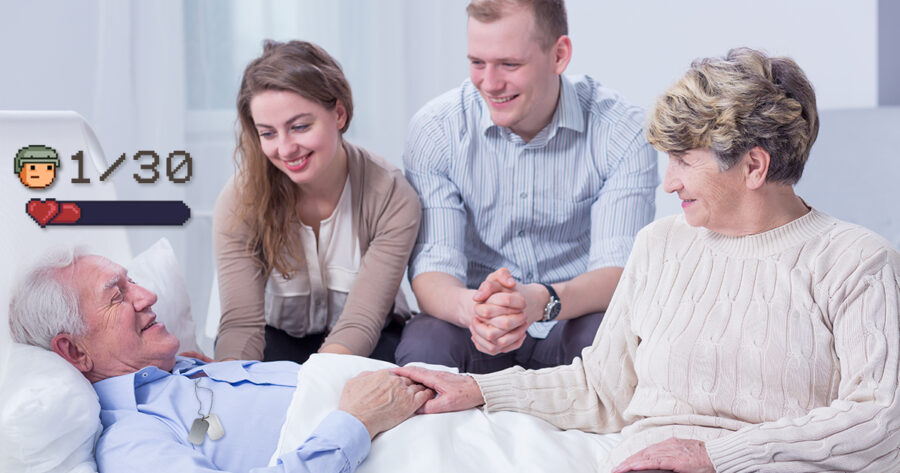 DALLAS — A harrowing scene unfolded today, as decorated war hero Bill Rizer passed away of natural causes surrounded by family and colleagues. Rumors of it being the last of his thirty lives have been confirmed.

As he passed, he expressed gratitude for the profusion of lives, and ultimately, remorse for having squandered so many of them.

“Yeah, that was something Uncle Bill used to talk about,” said Jenny Rizer.  “He’d always say ‘Thank Christ I have these thirty lives,’ cuz I guess he lost about 10 of them just trying to jump to things that were too far away.  I can see where that would be a bummer.  But also, maybe quit jumping so much, you know?”

Though he may have arguably misused some by throwing grenades at his own feet, veterans that served with Pfc. Rizer were quick to point out how many of his lives he had lost heroically.

“Sure there were the times he ‘forgot how to shoot,’ and would take a nasty one,” said Pfc. Lance Bean, who served with Rizer in the legendary Contra Unit. “But there were plenty of times he died nobly, fighting a wall with a bunch of guns coming out of it or saving my ass from one of those things that looked like a scorpion.”

Bean pointed out that while he felt fortunate to receive the same abundance of lives as his deceased partner, he also felt his time was running short.

“Oh I’ve lost my share,” he said.  “You gotta remember, we come from a different time, they used to just send one guy in there.  Two if we were lucky.”