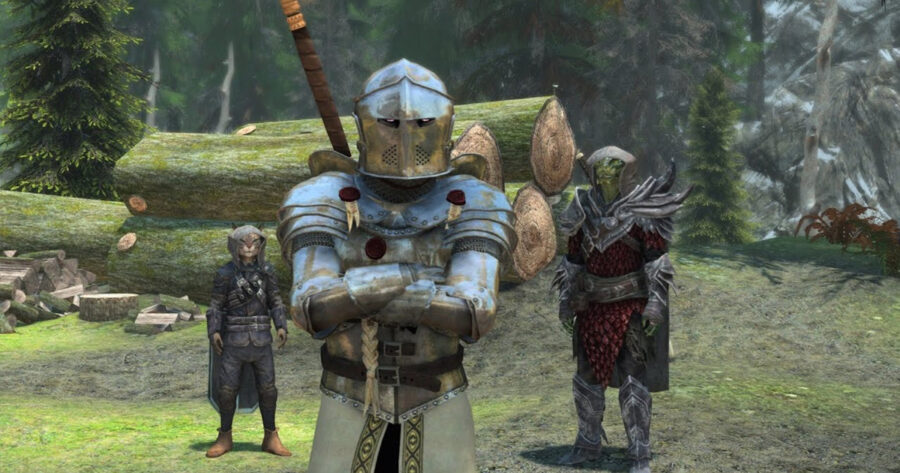 ETURENE — After buying a plethora of weapons, armor, and items from a local adventurer, local business owner Welton the Shopkeeper has decided to venture into the woods for a hero’s journey of his own.

“Yeah, wow, this is just such great shit,” said Welton, trying on a chain mail and swinging around a mace he had bought from Klagmore the Punisher. “Usually I’d just polish these up and put them on the shelves, but there are some real top notch items in here. This dagger, for example, fucking shoots fireballs. I’ve always wondered what might’ve happened if I chose a life of adventure, and I ain’t getting any younger. It’s now or never.”

Welton’s abrupt change of career paths was complimented by Klagmore, who having sold all of his combat equipment decided to seek a new line of work to take care of his family.

“I got a kid on the way, man, I gotta start thinking about my family,” said Klagmore, who once famously won The Battle of the Lower Plane by plunging his sword deep into Lutharian the Dragon’s icy heart. “So I’m here selling my stuff, even the ultra rare flaming dagger I received upon banishing the soul of Zeldman from the eighth barrier over there outside of Lichtenberg. It’ll help for now, but I really needed a solid gig going forward. So I asked this dude if I could watch the shop while he’s gone, and he said I could tend it full time! Everything’s coming up Klagmore the Punisher!”

People in town rejoiced about the shakeup to the local marketplace.

As of press time, Welton has been slain in battle and his former shop has reopened under the name Klagmore’s Save More Items and Weapon Shop.