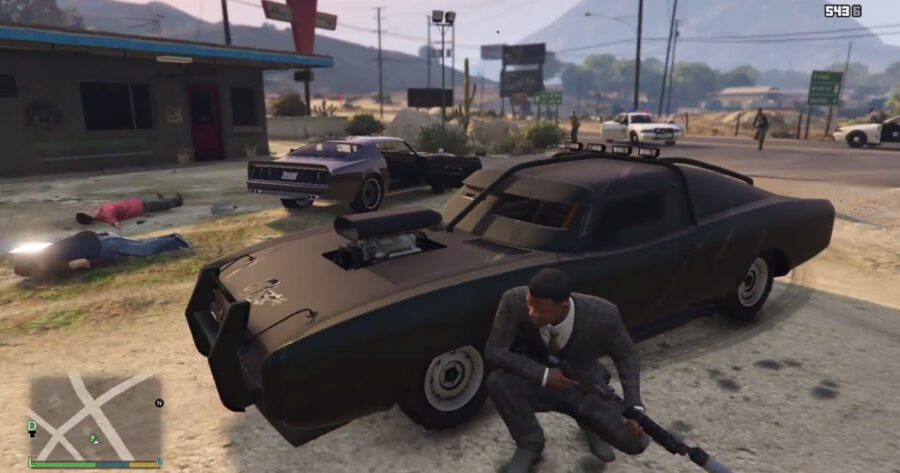 LOS SANTOS — The shooting death of an LSPD officer sent shockwaves through Los Santos as the normally quiet neighborhood of Little Seoul endured an exhaustive 81-second manhunt for the killer.

Officer Albert Ronson was brutally gunned down in broad daylight, and despite nearly two minutes of their best efforts, LSPD spokesman Lee Whitless said the suspect remains at large.

“An attack on one us is an attack on us all,” Whitless said during a press conference. “This isn’t some minor, one-star crime like causing catastrophic amounts of property damage with reckless driving or committing a carjacking/homicide in the absence of third-party witnesses. This is serious.”

Whitless explained that the unidentified suspect approached Officer Ronson and, without provocation, fatally shot him on the corner of Vespucci Blvd and San Andreas Ave. Within seconds, LSPD established road blocks and scoured the area with the aid of a Maverick helicopter. After devoting more than a minute to the search the LSPD failed to apprehend the suspect, however Whitless would not place blame on the department or its policies.

“The LSPD stands by its search and response tactics,”  said Whitless as he stood alongside the 653,572nd Police Chief in LSPD history Ed Davis. “Quick and efficient manhunts are necessary when 89 percent of LSPD officers die violently on the job, nearly double the rate of violent deaths for the average Los Santos resident, and no one on the force, and no one in our department’s history has made it to retirement.”

The press conference also revealed the results of the autopsy report.

“Officer Ronson was shot 32 times at point blank range with an assault shotgun. Soon after, the suspect then used a silenced SMG to trace a penis on the sidewalk using Ronson’s blood, inflicting dozens more bullet wounds that proved to be fatal,” a tearful Davis stated at a press conference.

A memorial service for Officer Ronson is planned for Sunday in lieu of a burial, as his body had completely disappeared soon after death.