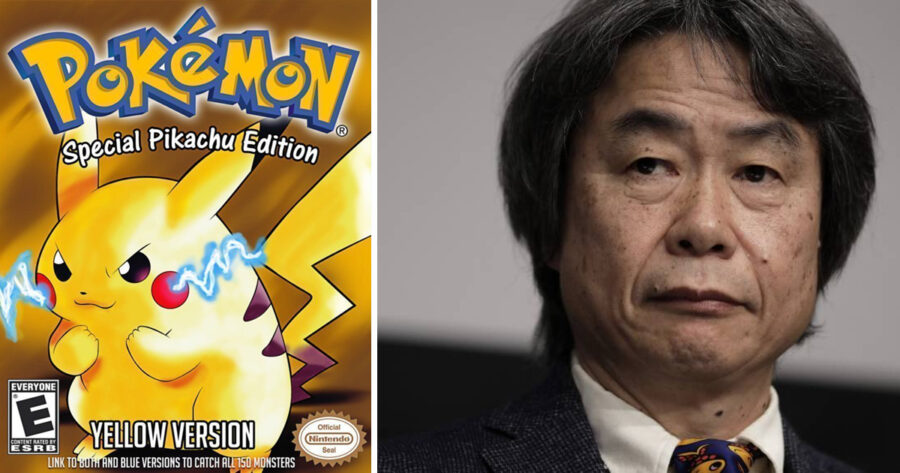 KYOTO, Japan — Legendary game designer Shigeru Miyamoto has been fired from Nintendo after downloading a ROM of the 1998 Game Boy Color game Pokémon Yellow, the company revealed in a press release.

“Nintendo is eternally grateful to Mr. Miyamoto and his contributions to the video game industry. His legacy will undoubtedly continue to live on in the hearts and minds of gamers across the world,” the translated press release read. “With that being said, here at Nintendo we have a zero-tolerance policy surrounding the piracy of our games. Following an extensive, in-depth investigation, we concluded that Mr. Miyamoto does not own a physical copy of Pokémon Yellow and his downloading of the ROM is, therefore, illegal.”

“We cannot in good conscience have our name associated with the dirty, rotten, good-for-nothing pirate that Mr. Miyamoto has revealed himself as being.”

This news came as a shock to many in the Nintendo community and even employees within the company expressed sadness and betrayal.

“More than anything, I feel like I’ve lost a friend today,” wrote Bill Trinen, Senior Product Marketing Manager at Nintendo of America and long-time translator for Miyamoto, in a lengthy Twitter thread. “I don’t know what he was planning on doing with that Pokémon Yellow ROM, and, frankly, I don’t want to know. I can’t believe I’m about to say this, but I do plan on testifying against Mr. Miyamoto when this case inevitably goes to court. It’s the right thing to do. He needs to know that singlehandedly revolutionizing the entire gaming industry doesn’t put him above the law.”

It didn’t take long for Miyamoto to speak to reporters and share his perspective regarding the shocking news.

“Of course I don’t own a copy of Pokémon Yellow, why else would I be downloading the ROM? I was trying to get through my backlog,” Miyamoto told members of the Japanese press while browsing EmuParadise on his laptop. “Next I was going to download a copy of Super Mario Bros 3 which I never got around to playing, but looks like the bigwigs at Nintendo have other things in mind. I can’t find any of my games on this site!”

A mere hour-and-a-half after the announcement of his termination, Miyamoto unveiled a Kickstarter campaign to fund his latest independent project releasing exclusively to Raspberry Pi emulation machines.