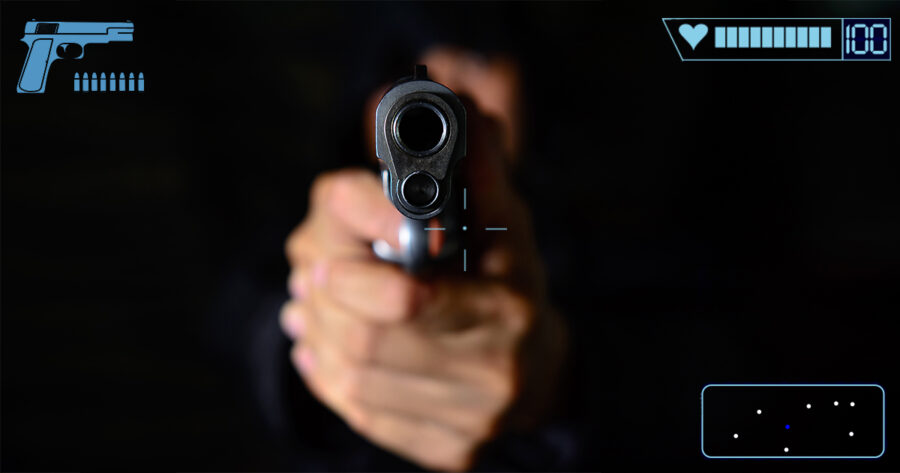 SAN FRANCISCO — A new second person shooter game called “Are You Playing?” — which features a gun-toting protagonist who faces the camera, instead of away from it — has fueled a significant amount of existential crises by forcing players to grapple with in-game philosophical inquiries, sources report.

“There are a lot of first and third person shooter games, but no one has ever tried second-person. Who knew it would take such a toll on our players’ understanding of self?” said game designer Taisha Goldblum. “That’s when we decided to design a game to draw out as many philosophical discussions as we could.”

“Plus, no one’s ever tried to before and it’s super duper hard to get your name out there as an indie game company.”

The game reportedly starts by asking players to choose between two identical games and then proceeds to make them ponder whether they had actually made a choice at all.

“I haven’t even been able to get past the first part of the game,” said Sarah Kelman, who had played the game for three hours. “I thought I’d beat the first level, but it turned out that I was actually a brain in a jar hooked up to electrons which had merely made my brain think I had beat the level. Does that count?”

The game also includes a multiplayer mode, in which players play as soldiers trying to determine whether taking lives in combat was ethical given that a larger number of people were being saved because of the war.

“Running around the game with a gun pointed at my own head really made me question my understanding of self.”

The game is also reportedly difficult to purchase, for anyone who attempts to buy it is required to correctly answer a series of morality based questions to verify that they are not an android posing as a human being.