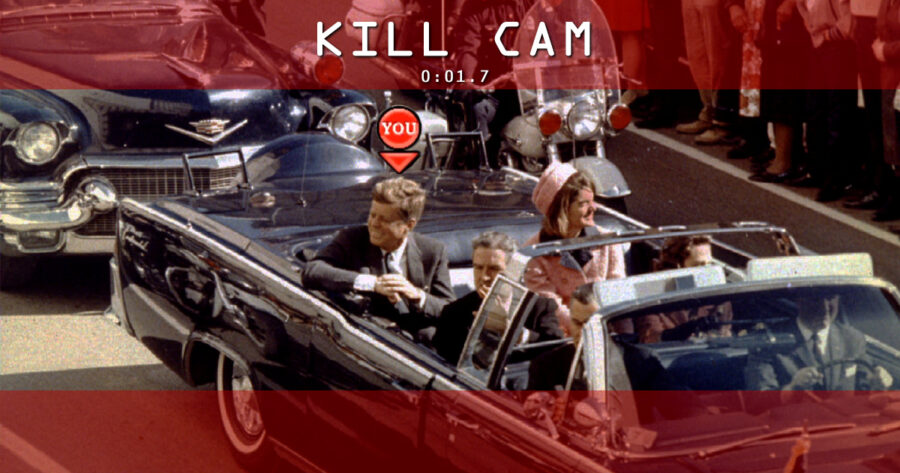 WASHINGTON — Details on the assassination of John F. Kennedy have unfolded today as the FBI has recovered footage of Kennedy’s killcam, along with newly declassified information about the 35th President’s assassination.

“It’s a miracle we even got footage of the killcam,” said acting FBI Director Andrew McCabe. “Most people just skip it out of frustration, we are morbidly lucky that President Kennedy was owned so quickly he didn’t have time to do so.”

The second gunman was identified as Rafael Cruz, a now 78-year old man who was living in the Dallas-Fort Worth area at the time of Kennedy’s assassination. The grainy footage portrays Cruz spinning around in a complete 360 degree circle before quickscoping for a perfect headshot on President Kennedy.

The Warren Commission had concluded that Lee Harvey Oswald had carried out the assassination alone due to his years of military training that, if it had occurred now, would have resulted him prestiging multiple times.

Along with the killcam, the FBI also received audio recordings of police interviews with Oswald directly after the shooting. Oswald commented on his affiliation with Cruz due to getting one-shot by Jack Ruby with a pistol.

“That asshole [Cruz] is a sweaty tryhard,” states Oswald, angered by the Assist message he had received at the time of the President’s death. “First, he takes the grassy knoll. Everyone knows that’s the best place to camp. My first shot took off a chunk of his health and he swooped in and jacked my kill before Kennedy could bleed out. If you say I’m a traitor, then what is that kill stealing bastard?”

After the revelations of the killcam rippled through the country, Cruz’s relatives addressed the media.

“I truly am ashamed to be the son of the man who killed Kennedy,” states former presidential candidate Ted Cruz. “It’s even more shameful to know that he took that kill from Lee Harvey Oswald. Our family is going to have the wear the shame of stealing another man’s well-earned kill for decades.”

Cruz was last sighted at the Shannon Rose Hill Memorial Burial Park in Fort Worth, where had been reportedly tea-bagging Oswald’s grave.