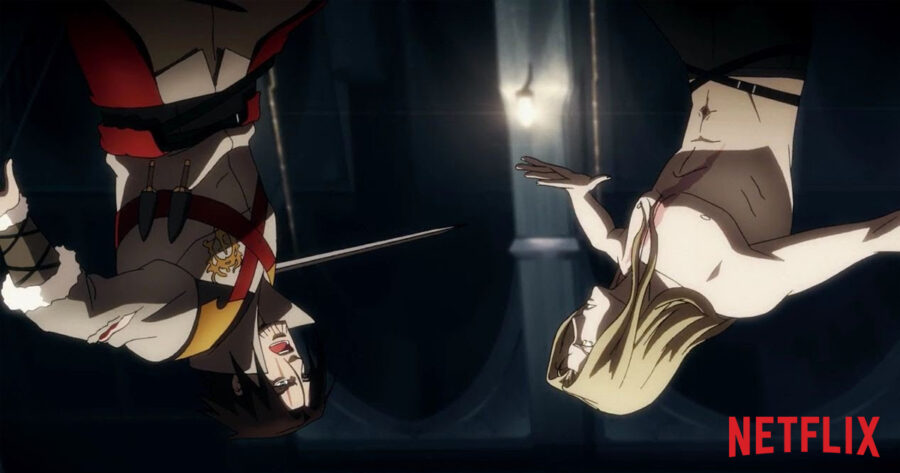 Critics have gotten their hands on the second season of the highly anticipated Castlevania anime, and while reception has been mixed, there is one undeniable truth: the new installment of the is just the season you already watched flipped upside down.

“We really wanted the series to be true to the original game,” said head writer Warren Ellis. “As a kid, I loved when I got to play on the Reverse Castle and I really wanted that experience to shine in the anime. So we just flipped that bad boy upside down and called it season two.”

Despite many thinking that season one of Netflix’s Castlevania was short and ended on a strange note, many reviewers are praising the innovative direction of the show’s second season.

“Brilliant!” wrote TV blogger Ty Waltman. “Most of us were expecting a conventional continuation of what was essentially an origin story, but Powerhouse Animation has drastically redefined what a second season of a television show can be. I’ve never seen anything like this!”

When asked about what they might have up their sleeve for a potential third season, Shankar answered cryptically, simple stating that we might finally learn the origin of Alucard’s unorthodox name.

Season two is available for streaming today, although you could have watched it already if you’d just flipped your TV over and put on season one.