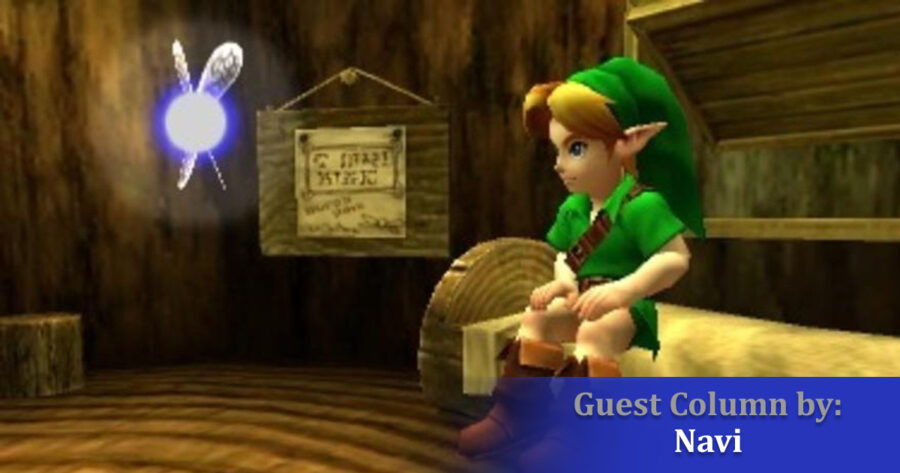 Ever since Ganondorf attacked Hyrule, I’ve had to constantly remind you that we can’t go back to our normal lives until this great evil is defeated. At this point, though, it’s clear that just saying “Hey! Listen!” is no longer enough to defeat the systemic Ganondorf evil that’s tearing apart our community.

Look, I’m not denying that progress has been made. You’ve gathered all of the Spiritual Stones to enter the Sacred Realm and even helped out some ordinary townsfolk. But it seems like every time you survive a temple, there’s this long stretch where you just want to pat yourself on the back for being the “Hero of Time” and take a long break to find more items that will make you feel safer.

Are you tired of me popping up over your shoulder and telling you what to do? Well, guess what? I am too. I shouldn’t have to routinely explain that an evil Gerudo king deposing our government and obtaining the power of a god is bad. I guess the looming danger of annihilation just doesn’t hold your attention when you could be stuffing spiders in your pants to trade for a slightly bigger wallet, right?

And yes, I am far from perfect, myself. I spent years saying “Hey! Listen!” and “Hey! Hear!” but the current times have radicalized me. No longer can I sit idly by as skulltulas roam the lands until someone hits them with an arrow. The time to say “Hey! Listen!” is over, and there’s no shame in just jumping on the bandwagon now. I need you to join me in saying, from now on, “Hey! Radical Change!”

Let me be clear — I’m not trying to attack the way you go about saving the world, but the truth is you’re only able to act so carefree because of the circumstances of your birth. The Master Sword only acknowledges you as the hero because of who your ancestors were, and that’s why everyone keeps giving you mystical woodwind instruments and other fancy bullshit just for existing.

You might have the Triforce of Courage, but it’s only because so many people selflessly offered you their support and magic items that you have the power necessary to vanquish this ancient evil. You now have a responsibility to those people save all of Hyrule, so it really fucking worries me to see you’re still hanging out in Kakariko and…buying magic beans to plant in the ground? Are you kidding me?

You’ve heard me say this before, and I don’t want to nag you, but I’m only here to make sure you can communicate better with your allies and never lose sight of the enemies you have to defeat. I’m sorry if I’m getting on your nerves, but I don’t care if you’re uncomfortable focusing the camera on someone other than yourself for a change.