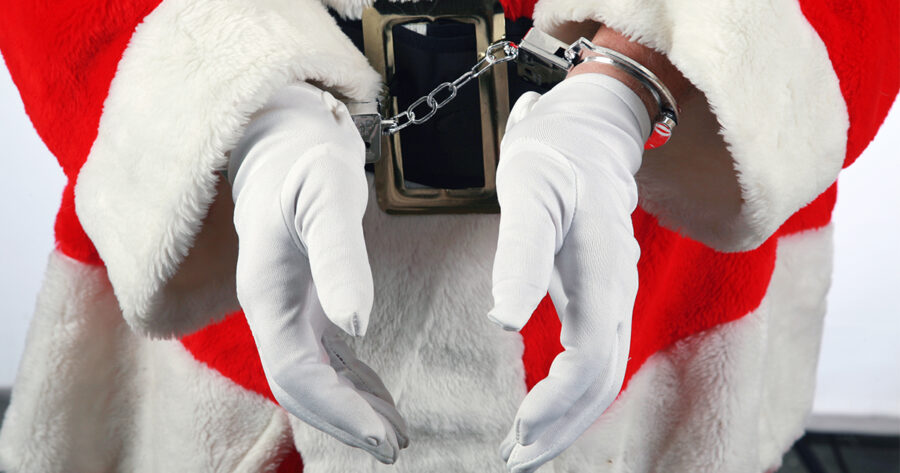 “It was a simple and routine arrest,” said an interpol spokesperson. “The front door was easily taken out by our equipment, as it was made of gingerbread. We did unfortunately have to shoot some aggressive reindeer to ensure the safety of our officers. We will not comment further at this time”

Console manufacturers have been cracking down on piracy in recent years in an effort to maintain online sales.

“They are trying to make an example of him,” said game industry analyst Lisa Dugghead. “This is all about power. If you ask me, Sony wants to eliminate brick-and-mortar operations from the equation so they can skim even more money from game sales and from sales of whatever the hell PlayStation Now is.”

Santa was not the only arrest during the PlayStation raid. Among the other detainees were Milton Ticklefingers — an elf with a Ph.D. in cryptography from U.C. Berkeley who many say was responsible for thwarting Blu-ray BD+ copy protection — and his team of teeny tiny software engineers.

“Kids don’t want a wooden duck or a little dollies anymore,” said Ticklefingers. “They want the hottest multiplayer experiences and smoothest graphics around. And dammit, that’s what we’re going to give them. Information wants to be free.”

Word of Santa’s late night incarceration left many families concerned that Christmas was in danger, but PlayStation head John Kodera reportedly saved the holiday with a last second change of heart.