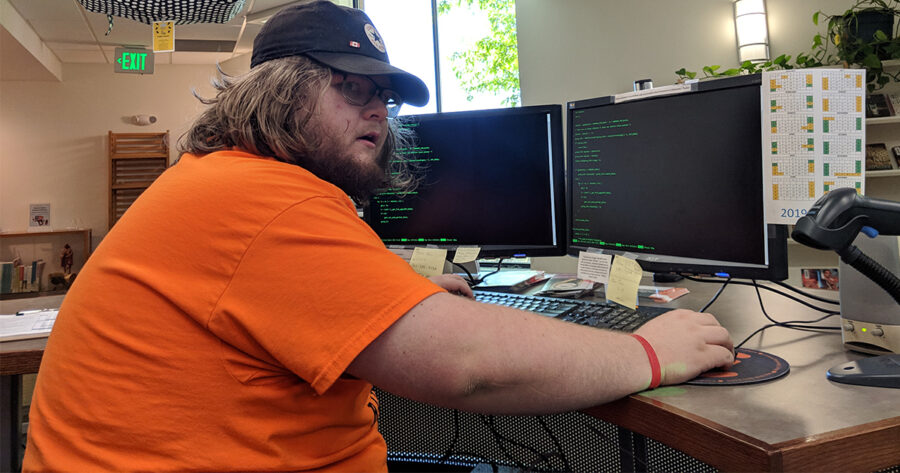 BELLEVUE, Wash. — Nervously looking over his shoulder, Valve programmer David Nasbeth continued to rebel against company culture and defy direct orders from his bosses by coding a video game.

“During the onboarding process, they make it clear that the one thing that will get you fired, no questions asked, is developing and working on a video game. Every month IT snoops through your files and if you have even a single Unity asset saved, they have security escort you out,” said Nasbeth, according to an anonymous source. “If it isn’t an unnecessary peripheriral, fucking up the Steam Store, or fanning Gabe Newell with palm leaves made of money, good luck doing it at Valve.”

Nasbeth, after months of frustration coding an algorithm that makes Steam sales worse, decided to risk his job at one of the most famous video game companies in the world by starting work on a video game.

“I’d stay after-hours pretending that I was developing an add-on for the Valve Index VR headset that allowed you to scan currency, add it to your steam wallet, and then incinerate it to prevent duplicate use,” Nasbeth texted from a burner phone. “But really I was developing a management sim where you run a hotel.”

“Developing a video game is incredibly rewarding but I think the hardest part of the process is studying when management takes their lunch breaks.”

As of press time, Nasbeth told reporters the game will be released in the Fall of 2020.

Update: Due to an unintentional leak by our reporter, Valve was informed of Nasbeth’s work and terminated his employment. Hard Drive has fired the reporter in question and wishes him luck at his new job as managing editor at The Intercept.

Photo by Hard Times patron Jacob Cobb. Sign up for our Patreon to be in a Hard Times photo!