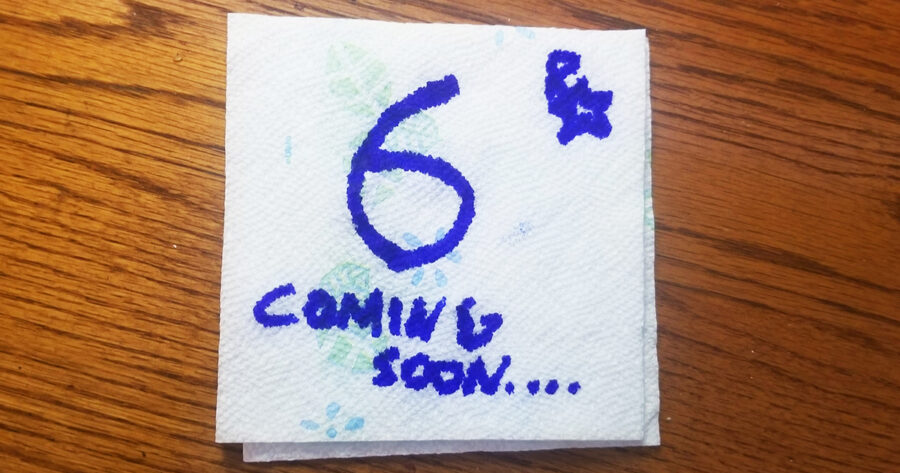 NEW YORK — Hours after a new controversy about Rockstar Games became public knowledge, the video game company posted a crudely drawn teaser image featuring the number six and the words “Coming Soon.” The entire image seems to have been drawn on a napkin and appeared on the Rockstar Games Twitter, Instagram, and Facebook pages.

“Uhhhhh, look look everybody! It’s a new thing… it’s, uh, six,” Darren Robinson, the PR Manager at Rockstar Games New York explained at a hastily put-together press conference. “Seems pretty dang cool, huh? Let’s all just forget about whatever the heck else we were discussing about Rockstar Games before this… six.”

Robinson didn’t have any more details about the teased game. According to those close to the situation, nobody at Rockstar really knows what it means. Many fans assume the six is a reference to the long-awaited Grand Theft Auto 6, but when asked if GTA 6 was the game the company was teasing, Robinson shrugged. “Sure. If that’s what folks want. Yeah. Just talk about that.”

It seems the strategy is working for Rockstar Games, as the crudely drawn image has been retweeted over 40k times in just two hours. Multiple outlets are reporting on the news and what it could mean.

Popular YouTuber “GTA ROCKSTAR NEWS 24/7 HUB” has one of the most popular videos about the teaser, where he is seen discussing the image and dissecting it for any clues about Grand Theft Auto 6. “As you can see here, the six is slightly angled left. This might mean a return to the left side of the U.S., possibly Las Venturas!!” The video is four hours long with 2.3 million views at the time of this article publishing.

Robinson is happy to see content creators and websites moving on from labor issues and instead focusing on this teaser. “I think we are through the worst of the news cycle. The teaser seems to have worked,” said Robinson as he checked Twitter and suddenly saw a new Kotaku article covering sexual harassment allegations from a former Rockstar employee. Robinson quickly pulled out a napkin and marker, sighed and began drawing a seven.