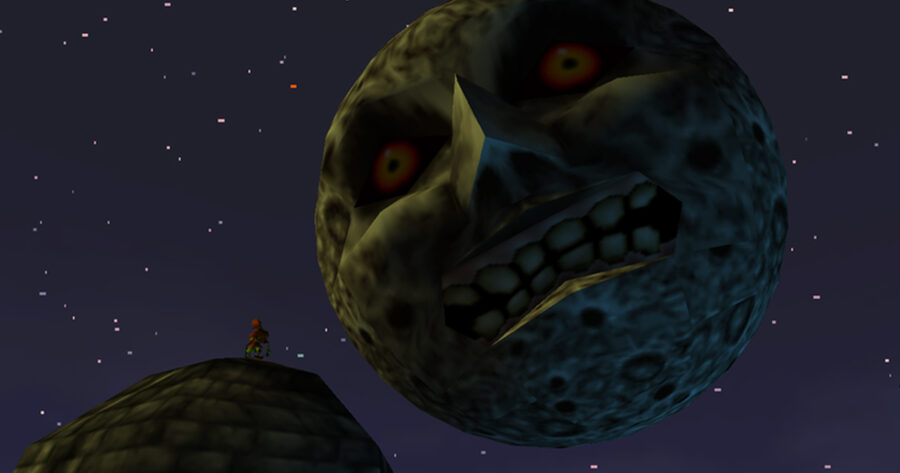 According to Wikipedia, The Legend of Zelda: Majora’s Mask is “A Video Game Released in 2000.” But if you ask me, it’s also much more than that. Some more Googling has convinced me that Majora’s Mask is a timeless classic, and just because I have never played it in my life doesn’t mean I can’t appreciate its value.

Majora’s Mask is a cornerstone of nostalgia for gamers everywhere, except me of course. While I have not experienced the gameplay or the atmosphere, I understand it was groundbreaking for the time. The game marked a pivotal point in gaming culture, I’m pretty sure, and I bet the mask mechanic was an inventive way of unlocking new paths and side quests. (Right? This is the “mask” game, isn’t it?)

Majora’s Mask was also one of the stranger entries in Nintendo’s iconic series, ditching the more straightforward storyline of Ocarina of Time and leaning into the weirdness of its lore, according to what I’ve heard. Some of the more surreal sections of the game remind me a lot of David Lynch’s masterpiece television show, Twin Peaks, based on one of the clips of an episode I saw floating around in a meme on Twitter a few months ago.

But don’t just take my word for it. Reliable sources like my older brother Tyler and his best friend Kevin have gushed about the game’s innovative storyline, which I understand is something about the moon. And while the game had a recent HD remake for the Nintendo DS, I still feel the storyline is best experienced in its original glory for the Nintendo 64, because that’s another thing Tyler and Kevin always say.

The Legend of Zelda: Majora’s Mask has left a permanent stamp on gaming culture as a whole, so don’t let whether or not you have actually played the game stop you from lecturing people on its place in history. If you want to experience Link, his funny robot sidekick, and his trusty battle tank, I suggest you pick up The Legend of Zelda: Majora’s Mask today. Or just skim the reviews on Youtube. Same thing.