Report: White House Aides Did Not Brief Trump About Banjo-Kazooie for Smash 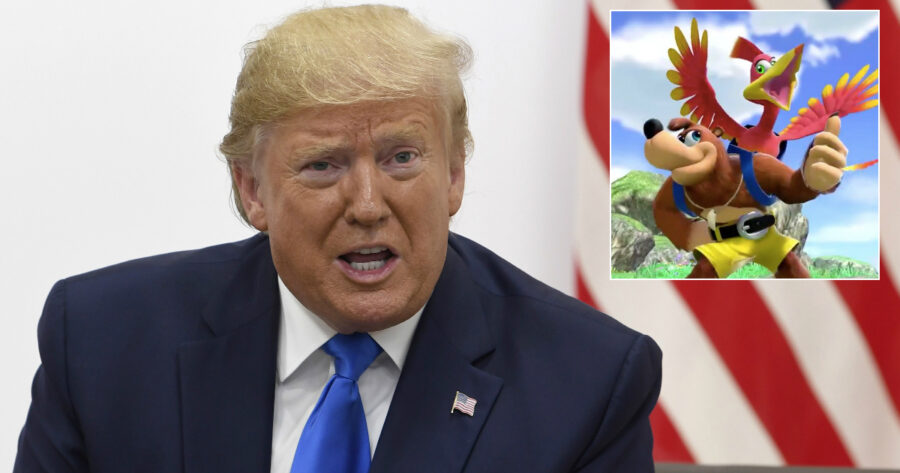 WASHINGTON — A White House staffer confirmed earlier this week that President Trump had not yet been briefed about Nintendo’s announcement that it would be adding Banjo-Kazooie to the Super Smash Bros. Ultimate roster later this fall.

“The President has definitely been briefed about the addition of Joker from Persona 5,” explained the staffer, who wished to remain anonymous as they were not authorized to speak publicly on the issue. “However, he has yet to sit down with his aides and advisors about Banjo-Kazooie, and what it means for our nation’s Smash policies.”

Critics of the administration were quick to condemn the revelations.

“Two classic Nintendo icons have just been added to a beloved crossover fighting series, and North Korea knows about it before our own president,” said The Independent correspondent Mallory Blackwell during a CNN pundit roundtable. “It’s absolutely astounding to think about the implications of this.”

At the same roundtable, Politico analyst Brian Folger warned of grave consequences for the nation’s security.

“For twenty years, America has used the Super Smash Bros. games as a way of flexing its firepower superiority on the world stage. The addition of a new character requires us as a nation to re-examine our fighting strategy, and having a president who isn’t completely informed about Banjo-Kazooie and their abilities makes us look weak.”

When asked about the nation’s strategy to adapt to Banjo-Kazooie, White House Smash Advisor Toby Peterson seemed less than concerned.

“It took no time at all for our administration to dismiss Joker as a threat to national Smash security. We are confident that Banjo-Kazooie’s introduction to the game will not disrupt our current strategy of picking Dark Pit and then button-mashing.”