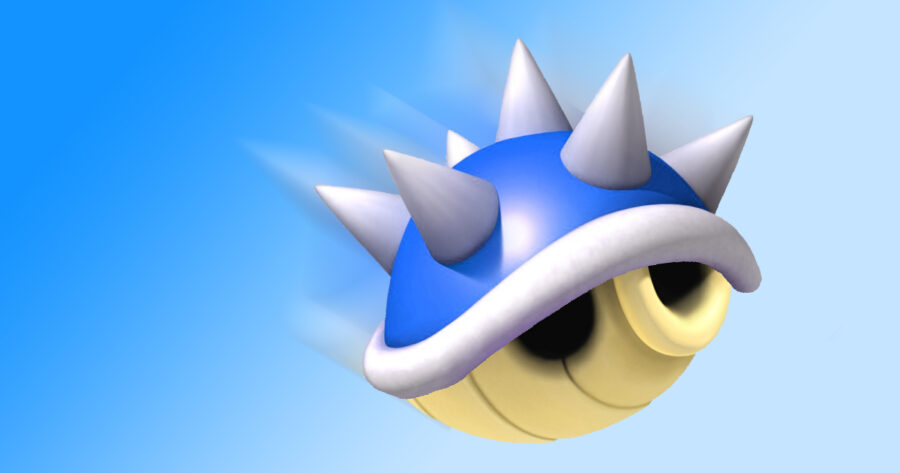 RALEIGH, N.C. — A lead change occurred in the final lap of the Rainbow Road Grand Prix last night during what was supposed to be a friendly game of Mario Kart amongst friends, when a blue spiny shell struck the leading racer mere inches from the finish. The driver, Marty Witten, fell from first place to last before creeping over the finish line.

Spiked blue koopa shells are specialized weapons that directly target the first place racer and are impossible to avoid. They are among the most controversial items on the Grand Prix circuit.

“Fucking OP bullshit is what they are,” Witten added. “Why in the fucking heck should I even try to do well, when some goddamn motherfucker is gonna just gonna shoot that shit into my shit?”

The blue shell originated from Jenna Tomey, whose kart was running in 8th place entering the final few turns, with little hope of achieving a victory. When pressed about why she launched the shell at Witten with so little to gain, she addressed him directly from across the room.

The last place finish cost Witten the top spot in the N64 Special Cup, meaning he would have to hand over the good controller to another racer for the next round. After his initial refusal on the grounds that “this no-talent-having little hack fucked me,” the other racers reminded him that blue shells are in fact a perfectly legal element of the game.

At press time, Witten had unplugged the good controller and was threatening to take it home with him.