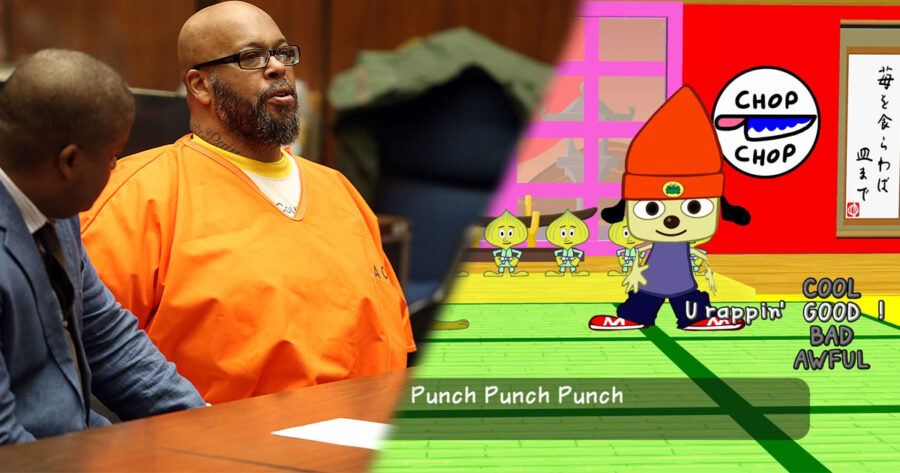 Not many people know this, but 20 years ago (during turbulent times in both the hip hop and console scenes) Death Row CEO Suge Knight allegedly put a contract out on the life of rising MC PaRappa the Rappa.

The young musician had just released his debut — a well received self-titled Playstation game — and while it resonated with a large audience, accounts indicate that the hip-hop industry wasn’t ready to embrace the cocky, rocky rapper.

“Suge didn’t like his music but he thought he could make some money on him,” said Cam Turner, a former assistant of Knight’s.  “So he called him in one day and was like ‘Show me what you got’, and this dog put on a beat and started rhyming. It was dope. Then PaRappa just got a little bit turned up and started hopping around and trying to get Suge to rap with him. Kept going on about how he just needed to believe and everything, and that’s not really Suge’s style at all.”

Turner isn’t the only one looking to tell the story of this feud between hip hop giants, though. Set to release in 2018, PaRappa’s former competitor Joe Chin is devoting two chapters to the ordeal in his memoir Sunny Funny Business: How Love and Narcissism Took Over My Rap Career.

According to Chin’s account, a visibly unhappy Knight abruptly shut the audition down and told PaRappa to leave, indicating that something might happen to him if he didn’t. PaRappa then looked Knight dead in the eyes and said “U rappin’ AWFUL!” to which Knight replied “Bitch, I will make sure you eat chocolate,” before angrily leaving.

“Suge didn’t like that at all,” said Turner.  “He said he would give five grand to anyone that capped that dog that disrespected him like that. And it woulda went down too, but then with Pac and everything else going on, it got called off.”

Having received word of the short-lived contract on his life, PaRappa spent the rest of his career in hiding, only working sporadically.  He released a second album to mixed reviews in 2001, and reissued his classic debut LP late last year, having recovered from his ill-fated attempt at mixed martial arts in 2012’s Playstation All-Star Battle Royale.

And the rest… is hip hop history!