Remainder of Bethesda’s E3 Conference Available Next Week for $4.99 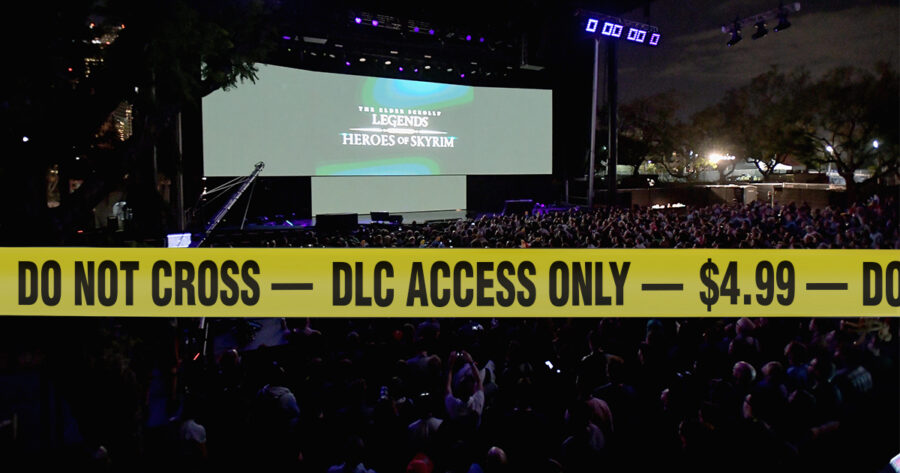 LOS ANGELES — Gaming giant Bethesda announced today that fans will be able to download the rest of their E3 presentation next week for a one-time fee of $4.99.

“People really liked what we had to show them this year,” said Pete Hines, Bethesda’s VP of PR and marketing, in his announcement. “I’m sure they will be thrilled with the opportunity to watch some extra footage that adds very little to the base presentation, but sure does look real nice.”

In addition to extended trailers and speeches, the downloadable package will feature a remastered 4k version of this week’s initial presentation, titled Bethesda Conference: Enhanced Edition.  Players can choose to have Hines wear a variety of different selectable suits and several non-speaking characters have been added to the stage. The expanded content also includes information left out of the initial presentation, such as release dates for the new additions coming to Fallout 4.

Bethesda fans, however, have expressed concern about the announcement online.

“I mean, I guess that’s cool, but couldn’t they have just told me that at the thing I already paid money to come see?” asked Clare Valentine, a gamer who attended the initial presentation but was promptly removed after not paying for the additional five dollars. “Shouldn’t that have just been in there in the first place? This is worse than horse armor.”

While many echoed Valentine’s unenthusiastic response, not all audience members came away  disappointed.

“Did you hear? You can be Link if you play Skyrim on the Switch!” said Teddy Patterson, an exuberant E3 attendee.  “You can’t do that on the 360, Xbox One, PS3, PS4, or computer versions! Believe me, I’ve bought them all. I can’t wait until next month when they finally reveal their complete plan.”

Though receptions were mixed, most gamers spoke of their continued loyalty to Bethesda’s output.

“Yeah, it’s not the announcement I was hoping for, but i’ll probably still buy it,” said Valentine.  “Looks like I have to wait another year to get Skyrim on my iPhone.”