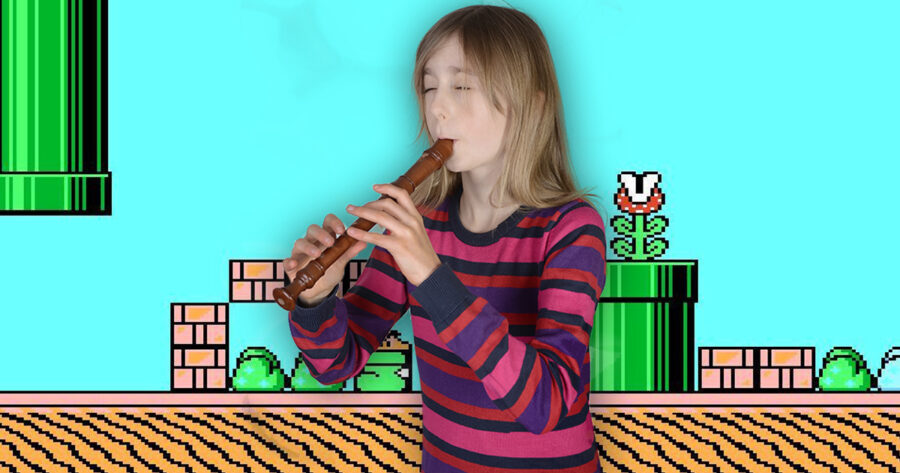 EUGENE, Ore. — The case of Ellie Johnson, the 10 year-old girl that tragically and accidentally disappeared during her recent 5th grade class’ Christmas concert, has been solved. An erroneous series of notes played on her recorder had reportedly warped her to Cleveland, Ohio.

“We have found our Ellie,” said Mrs. Johnson, Ellie’s mother, addressing the press and community members gathered outside of her home. “The reason all of our searches and posters didn’t yield any results is so obvious now. She had inadvertently transported herself to the Midwest, our poor little girl.”

Reportedly the exceptionally skilled recorder player had grown bored with the elementary composition of “Jingle Bells,” and decided to add a few creative flourishes to the piece. We now know that the mysterious cloud Ellie then disappeared in was in fact her being transported to what many refer to as “The Mistake by the Lake.”

“That place was pretty gross,” said Johnson. “I thought I’d give it a shot, but after I was done with the Rock and Roll Hall of Fame there was really nothing to do. Once a man in a dog suit started talking to me about the Browns, I knew I had to find the right song to warp back home.”

Several days of experimenting with combinations of notes finally proved successful, when after an unfortunate trip to Desert Land, she was able to find the right notes to get back to her home in Oregon.

Prior to this, the biggest lead in the case came when Mrs. Johnson received a short phone call that ended abruptly before Ellie was able to reveal her location. She told her mother she’d landed in a gloomy cold world filled with scary characters and the threat of being struck by fireballs.

“Yup, that’s Cleveland alright,” said lead investigator Daniel Plunkett. “In hindsight that should’ve been obvious. We’re just glad that the kid figured out the right tune to get back home. When we said we’d do anything to find that girl, none of us imagined it might involve a trip to Ohio.”

Ellie has been resting at home since her return, vowing to never play the recorder again. Many have said this was the biggest accidental flute-like instrument incident since the Great Horse Stampede of Kokiri Forest in 1998.