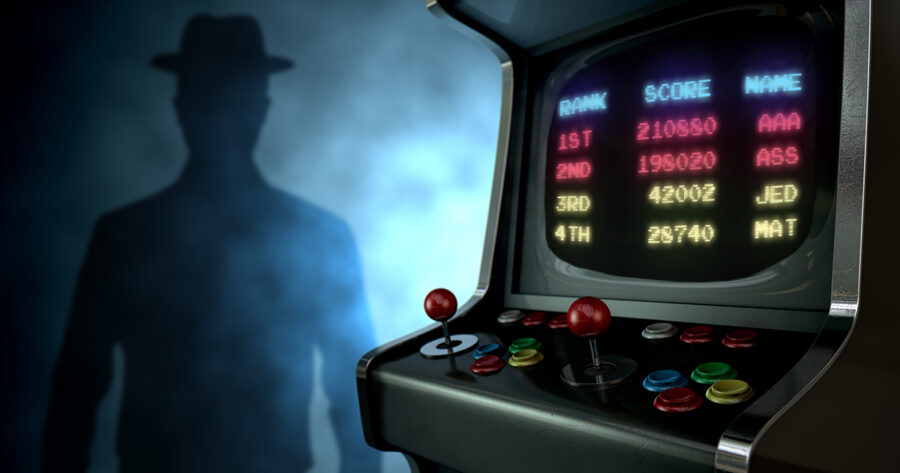 NEW YORK — After years out of the limelight, mysterious gaming legend AAA finally plans to face his rival ASS in an epic showdown fans have been waiting decades for.

“It’s incredible. These two legends, shrouded in mystery, finally coming together to decide who is better at gaming,” said local arcade goer Michelle Firth. “No one has ever seen AAA’s face. We don’t know if AAA is a child, a grown-up lawyer, or some sort of machine built for the express purpose of winning Street Fighter games.”

According to arcade gamers, AAA and ASS have been slowly increasing their high scores on arcade machines all across the world.

“AAA and ASS are like the co-J.D. Salingers of the arcade gaming community,” said arcade gaming journalist Brian Washington. “No one knows which city they live in. ASS seems to be in every place at every time. It’s unthinkable. ASS can reach the leaderboard of Time Crisis in a small Indiana bar and Mortal Kombat in a Los Angeles arcade at the same time. All we know is that ASS’s reach is huge and his talent explosive.”

Gamers and fans alike have been gathering outside this New York City arcade for weeks awaiting this proverbial clash of titans.

However, since no one has seen what AAA and ASS look like, it is unclear how anyone will know when the battle is happening, or what game they will even be playing.

At press time, fans ran from a local arcade to announce that ASS had just claimed another high score.

“I played that old Simpsons game earlier today and now ASS is number 1 on the leaderboard!” shouted Amber Meldrick, running to the audience of people waiting for the arrival of the two gaming legends.

“We all just missed history,” she somberly added.